14 people killed in vehicle-related incidents last year, top cause for deaths at workplaces in 2017 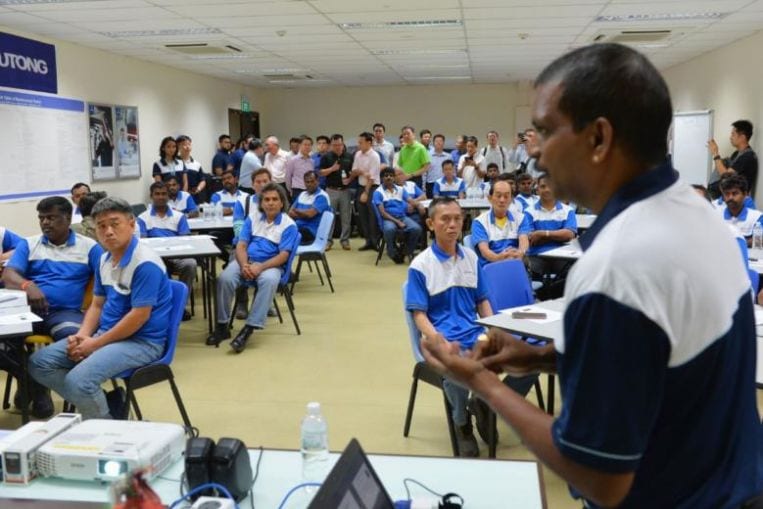 SINGAPORE – One in every three deaths at the workplace last year was caused by a vehicular incident.

Fourteen people lost their lives in such incidents last year, making it the number one cause of deaths at the workplace, Minister of State for National Development and Manpower Zaqy Mohamad said on Monday (June 25).

This proportion has been stable over the past few years, but Mr Zaqy noted signs of improvement this year, with just two such deaths recorded in the first five months of 2018.

In an effort to keep the numbers low, the Workplace Safety and Health (WSH) Council launched the Drive Safe, Work Safe campaign on Monday to raise awareness about good vehicular safety practices.

This is the first of three national workplace safety and health campaigns that will be launched by the WSH Council this year. The other two will focus on safe hands and falls.

Mr Zaqy, who launched the campaign on Monday, said that half of the 14 vehicular-related deaths at workplaces in 2017 occurred within work sites, and the rest were on public roads.

“I hope that the number stops here, and I think it is possible, as we have learnt that such incidents are indeed preventable,” said Mr Zaqy during a visit to private transport firm Woodlands Transport in Tuas.

The campaign’s slogan is “Take Time to Take Care”, and it seeks to educate workers about preventive measures, including reminding them to set aside time to adopt correct work practices, to get adequate rest and to keep hydrated.

Mnemonic actions that enhance safety, such as tapping on the wrist or watch to serve as a memory cue, will be publicised during the campaign.

Companies are encouraged to participate in the campaign by organising in-house events like safety briefings, exercise sessions and taking part in a mannequin challenge, which the WSH council said underscored the campaign’s message of making time to take care and the need to “stop and look at the way we do our work”.

The mannequin challenge involves the taking of a staged video of workers freezing in the middle of doing an activity – and hence dovetails neatly with the idea of “stopping and looking”.

In his speech, Mr Zaqy revealed the results of a WSH Technology Challenge that was launched last year. Under the challenge, funding was made available to companies that submitted winning proposals to tackle work-related vehicular incidents.

One of the companies selected was Guardian SEA, which was given a budget of $ 25,000 to develop a sensor and image processing technology that would track a driver’s movements to identify fatigue or distraction.

Mr Jeff Tan, marketing manager of Guardian SEA, told The Straits Times: “By using the size of the pupil, the change of blinking rate and also facial recognition, all these features help the machine to understand what the driver is thinking.”

Should the system detect any sign that the driver is unfocused in his work, the driver’s seat vibrates and a buzzer is activated to alert the driver about the need to take a break.

The programme has benefited about 80 companies since it was launched last year. Mr Zaqy said that the number of visits will be increased to 120 this year.