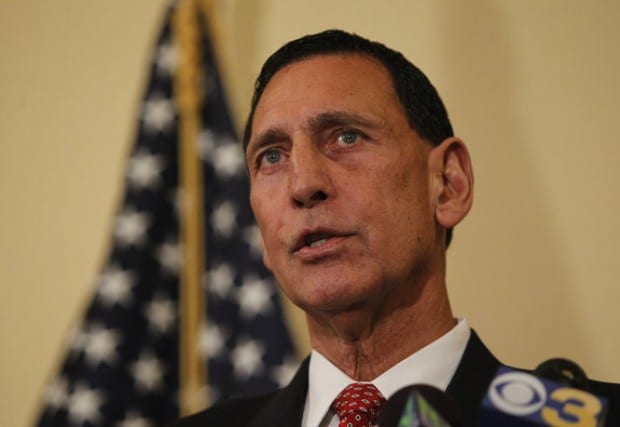 Just six Republicans voted no on the resolution, which passed, 231-191.

LoBiondo “evaluates bills based on their importance and impact to the people he represents, not by which political party authors it,” chief of staff Jason Galanes said. “Congressman LoBiondo has always and will always put South Jersey first.”

The rule, enacted in response to a court decision, clarified that companies needed to keep records of injuries and illnesses for five years.

“Whether a woman or man works in a factory, warehouse, office suite — or any other workplace — they and their families should be assured that every possible threat and hazard is mitigated,” Smith said.

House Majority Leader Kevin McCarthy (R-Calif.) said federal statutes required just six months of record-keeping and anything longer was “a completely illegitimate power grab that would do nothing to help workers while doing a lot to undermine the rule of law.”

Former OSHA Deputy Secretary Jordan Barab wrote on an Economic Policy Institute blog that the five-year requirement had been the practice for 40 years until the 2012 court ruling. The records were crucial setting safety standards and developing injury protection efforts, and a six-month requirement was too short for OSHA to make sure companies were following the law, he said.

Smith (R-4th Dist.) has a lifetime 61 percent favorable voting record by the AFL-CIO, tops among House Republicans, and LoBiondo (R-2nd Dist.) is tied with Rep. John Katko (R-N.Y.) for third with 54 percent. Second was Rep. Dan Donovan (R-N.Y.) with 56 percent.

Both Smith and LoBiondo have sided with organized labor against other Republican measures, such as a 2015 effort to overturn federal regulations making it easier for workers to organize.

He received $ 337,000 from organized labor for his 2016 re-election campaign, more than any other House candidate, according to the Center for Responsive Politics, a Washington-based research group.

Freshman Rep. Josh Gottheimer (D-5th Dist.) twice dissented from his party on two bills addressing government regulations. He was one of only seven Democrats to back legislation setting up a new working group to review federal rules.

He also was one of only 15 Democrats voting to prohibit agency officials from seeking support for proposed regulations, and to require them to disclose how they plan to inform the public of their actions.

“These agencies tip the balance in their favor by actively campaigning for the support of certain rules,” said House Oversight and Government Reform Committee Chairman Jason Chaffetz (R-Utah).

On his second day in the House, Gottheimer was one of only four Democrats to support a Republican proposal to make easier to repeal Obama-era health and safety regulations.

“Now, more than ever transparency and accountability are of the utmost importance as we work to strike the right balance between protecting public health and safety while not unduly burdening businesses and blocking economic growth,” Gottheimer said.