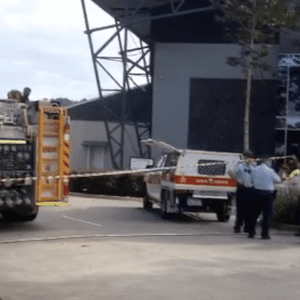 A COAST company has been fined $ 35,000 over a work-place accident that cost an employee parts of two fingers.

The woman – an employee of Botanical Food Company, which operates Palmwoods-based Gourmet Gardens – put her hands inside a tube-filling machine to dislodge a blockage while the machine was still running.

The ends of the index and middle fingers on her right hand were amputated by the machine.

In the wake the “dreadfully unfortunate” incident she told investigators she had not considered the what could happen before putting her hands inside a gap in the machine.

“I didn’t really think,” she said.

“I saw the gap and we were having a slow morning and basically I wanted to catch up.”

The company today pleaded guilty to failing to comply with its health and safety duty but Magistrate Rod Madsen said it was clearly not a case where the company had acted recklessly with the safety of its employees.

The court heard the machine the woman had been operating had been modified in 2008, which created the gap she put her hands inside.

She had been given training and worked on the machine for more than 100 hours.

“It’s quite apparent that to some extent the employee recognised her own foolishness, and in some respects contributed to the circumstances,” Mr Madsen said.

But he said had the machine not been modified the accident could never have happened, and while the problem was fixed promptly after the accident, the risk had not been properly identified before parts of the worker’s fingers were amputated.

“At the end of the day, however, what this case serves to remind employers about, I think, is that notwithstanding the considered experience of an employee, notwithstanding continued operation of a piece of industrial equipment over many years, as was the case, it’s always important to continually undertake risk assessments in relation to what people do,” Mr Madsen said.

“Its also important that people of experience, employees performing this type of work with obvious risks, are constantly reminded of the risks associated with operating the equipment.”

Botanical Food Company has never been prosecuted for workplace health and safety issues in the past, and no conviction against the company was recorded.

Two cars flip in separate crashes on the Coast

Make the last weekend of school holidays one to remember

BEN Fordham reveals that Karl Stefanovic’s been threatening to walk.

Ryan Reynolds sticks up for heartbroken fan after break-up.

How much did Jerry turn down for one more season?

One-of-a-kind commercial property on the market

The crew is working on the stormwater infrastructure

Check out this weekend’s homes open for inspection.

Landmark three-storey home in a class of its own