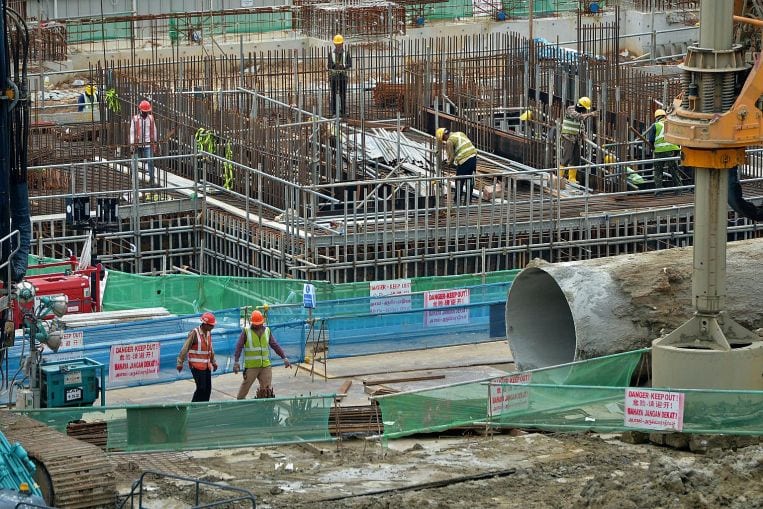 SINGAPORE – There were six workplace deaths in the construction sector in the first five months of this year, up from two in the same period last year, it was revealed on Wednesday (June 20).

Mr John Ng, chairman of the Workplace Safety and Health Council (WSH), also reported a total of 12 deaths in the sector last year, half the 2016 figure.

Falls from height and vehicle accidents were behind seven of the deaths and 32 of 110 serious injuries last year.

Mr Ng told a workplace safety seminar organised by the Singapore Contractors Association Limited (Scal) that these are two key issues that need to be tackled.

The first is the setting up of an expanded safety training school, in addition to the Scal Academy in Neil Road. This new institution will be for construction personnel such as safety supervisors and workers, and is set to be ready by the end of the year.

It will feature new modes of learning such as experiential training, augmented and virtual reality, as well as gaming and other simulation training tools. Scal said it adapted some of these methods from other countries such as South Korea.

“But we have to see how uneducated workers use such learning techniques,” he said.

The other measure unveiled was a guidebook on mosquito prevention at worksites, which Mr Loo said will be published by the end of the year.

WSH’s Mr Ng told the seminar, held at Singapore Polytechnic: “Construction activities are expected to increase over the next few years… As we gear up for the activities, we must not let our guard down on safety and health.”