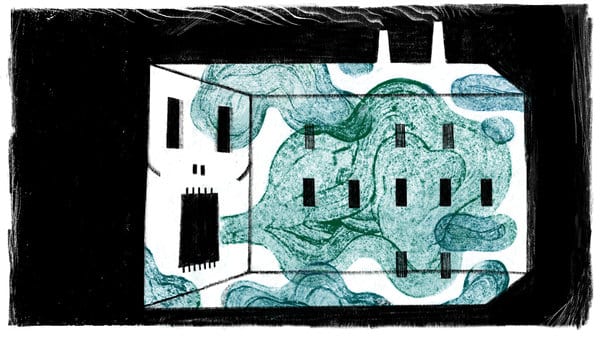 Last month, President Trump’s nomination of R. Alexander Acosta to be secretary of labor was approved by a Senate committee, even though the nominee’s testimony had left unclear whether he would be more interested in protecting employers’ prerogatives than in guarding workers’ interests.

We may soon find out, and here’s one test — an issue of worker health that President Barack Obama’s Labor Department tried to resolve, without much success: Why does the department’s Occupational Safety and Health Administration allow workers to be exposed to dangerous chemicals at limits far higher than those set for everyone by the Environmental Protection Agency?

Mr. Acosta should know that issue. He served on the National Labor Relations Board during George W. Bush’s presidency. And OSHA was making slow progress toward equalizing some standards when Mr. Obama’s presidency ended.

The issue of toxic hazards at work went national nearly 20 years ago, when former employees brought more than 200 lawsuits against IBM, accusing it of having concealed knowledge that it was exposing them to carcinogenic chemicals. Ultimately, IBM settled the suits, with the details sealed.

Perhaps the most striking feature of those suits was that IBM seems to have not violated any OSHA regulations. The real problem was that OSHA’s standards, across the board, allowed — and still allow — workers to be exposed to much higher concentrations of chemicals than are permitted in the general environment. For example, its standard for lead allows up to 50 micrograms per cubic meter of air, averaged over eight hours; the E.P.A. ambient air quality standard is 0.15 micrograms.

Standards for other chemicals are similarly unbalanced — so much so that David Michaels, an epidemiologist who headed OSHA under President Obama, told me in 2015 that because of the current law, the agency’s chemical exposure standards were much too weak.

Today’s limits “are driven more by economic and technological feasibility than they are by the risk assessments,” he said. “Congress would have to change that.”

OSHA has estimated that chemical exposure kills 50,000 American workers a year and sickens more than 190,000, but Dr. Michaels and other experts say these figures are gross underestimates.

One explanation for the disparity between OSHA and E.P.A. standards, offered by Amanda Hawes, a California lawyer, is that E.P.A. rules “are supposed to protect the most vulnerable in the population — typically children, fetuses, the elderly and folks with pre-existing health problems.” Environmental standards, she added, “more often look at chronic effects.”

Dr. Robert Harrison, an occupational medicine specialist at the University of California, San Francisco, explained that cancer and other chronic diseases are usually not recognized as occupational illnesses. Doctors often don’t know when patients have been continually exposed to carcinogens like lead or formaldehyde.

The IBM case also illustrates how difficult it is in court to pinpoint chemical exposure as the cause of illness. To show that IBM knew it was risking workers’ health, the plaintiffs obtained a company study of employee deaths. An epidemiologist said the data showed abnormally high rates of some cancers. IBM said the data’s purpose was intended to determine survivor benefits. The judge refused to admit it. Two years later, an IBM-supported study found an elevated rate of mortality from brain cancer among former employees.

The American Chemistry Council, a trade association, says safety is a core concern of the industry. “In addition to strictly adhering to OSHA’s worker health and safety standards,” it said in an email, its members accept recommendations from other organizations. Nevertheless, Ms. Hawes says she has argued enough cases involving birth defects to understand that voluntary standards don’t work.

Dr. Michaels adds that some OSHA standards are so weak they send a false message of safety. In an interview this winter, he said OSHA did eke out some progress last year after a public dialogue among industry, unions and advocates. The agency moved to revoke the most outdated workplace exposure limits in favor of general-duty standards. It also set new limits for beryllium and silica.

OSHA does encourage companies to comply with limits set by other organizations. And Congress took a first step in June by requiring the E.P.A. to regulate more chemicals and add vulnerable populations, including workers, to health risk assessments. Dr. Michaels said this is the first time “that workers will be treated like other populations.”

Still, he added, “It’s only going to be done on a chemical-by-chemical basis, and only for certain uses.”

And that’s where Mr. Acosta comes in.

President Trump has already required agencies to remove two existing regulations for every new one issued. That seems a difficult political climate in which to favor worker safety over employers’ convenience. If confirmed, will Mr. Acosta order his OSHA chief to continue the work toward more rigorous environmental protections for laborers and defend standards already in place that protect worker safety?

The many thousands of workers routinely exposed to toxic chemicals can only hope the answer will be yes.