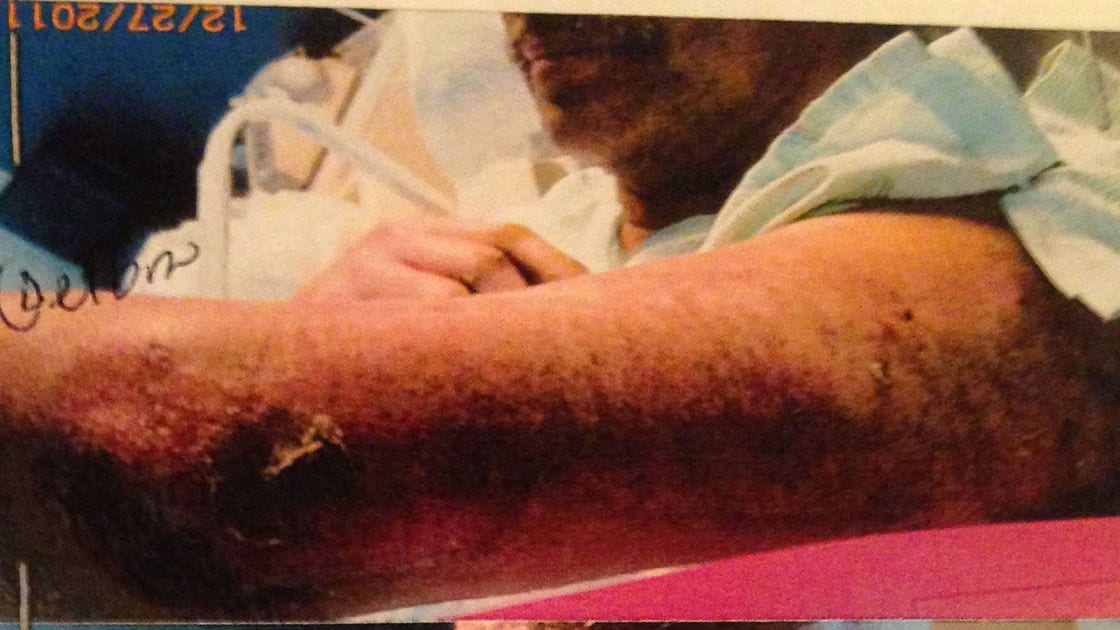 An investigation by federal OSHA officials has found the Industrial Commission of Arizona’s practice of arbitrarily reducing employers’ penalties for safety violations is undermining the deterrent power of those penalties and is not permitted under existing policies.

The investigation also determined the governor-appointed commission “has been operating outside of its legal authority” by reclassifying the severity level of safety violations recommended by inspectors at the Arizona Division of Occupational Safety and Health, or ADOSH.

“The big question is what the implication of this will be, in terms of the follow-up the state does to address these concerns,” said Peter Dooley, a Tucson-based workplace safety consultant with the National Council for Occupational Safety and Health.

OSHA officials said last year that the agency’s investigation into the Industrial Commission was prompted by a number of complaints from the public, including one filed in December by Dooley.

Last year, a Star investigation found the Industrial Commission — which oversees ADOSH and reviews its recommended penalties over $ 2,500 — routinely reduces those penalties and reclassifies violations, often without clear justification. The cuts sometimes occur after the employer attends the commission’s public meetings and requests a penalty reduction.

Dooley said scrutiny from the Star over the course of six months in 2016, and the resulting December 2016 Star article on the commission’s practices, helped drive federal OSHA’s investigation.

“That certainly brought attention to the issue,” he said. “There’s no question that played a role.”

“Federal OSHA’s actions in pursuing this (complaint) serve only to discourage state innovation by attempting to force Arizona to become a monolithic superimposed federal system,” Schultz wrote in the letter, provided to the Star in response to a public records request.

The Star’s 2016 analysis of Industrial Commission meeting minutes found the 139 penalty proposals the commission reviewed between January 2016 and the end of November 2016 got reduced by a total of more than $ 186,000. Commissioners voted to reduce ADOSH’s recommended penalties in more than half of the cases they reviewed in that period, the Star analysis showed.

Schultz has said the commissioners are focused on improving workplace safety and collaborating with employers and employees — not necessarily issuing the highest penalties.

Arizona is one of 26 states with a state-level occupational safety and health enforcement program. The program must be at least as effective as federal OSHA, or it risks being taken over by the feds.

The commission’s round of cuts — which happen before the penalties are formally issued to employers — is unique among OSHA programs across the country, experts said.

Under Arizona’s agreement with federal OSHA, which created Arizona’s state-level OSHA plan, the ICA is permitted to review recommended penalties and to ensure any penalty reductions have been correctly applied using pre-defined criteria, such as employer size and safety history. Those criteria are outlined in ADOSH’s field operations manual, or FOM.

The OSHA investigation found commissioners gave additional reductions after those formula-based cuts had already been calculated and applied by ADOSH.

“OSHA finds that the ICA is currently reducing penalties in a seemingly arbitrary manner, without regard for the factors in the FOM,” said a May 4 letter from Zachary Barnett, area director for federal OSHA in Arizona.

The letter obtained by the Star explained OSHA’s findings to complainants whose concerns prompted the investigation. “This practice reduces the deterrent effect of higher penalties and fails to ensure that employers within the state are treated equally.”

“To paint ADOSH or the commission as being anti-safety would be inaccurate and would overlook the extensive amount of work and outreach the agency, commissioners and ADOSH are doing,” he said.

In one example from a commission meeting in December, commissioners voted to reclassify a roofing company’s serious violations as “non-serious” and to reduce penalties for serious and repeat violations from $ 18,500 to $ 4,750 after a discussion with the employer.

In its letter, federal OSHA asked for an explanation of the criteria used to determine those reductions.

In his February response, ICA chairman Schultz did not directly address any of those specific cases. But he gave a detailed defense of the commission’s philosophy, which he said is rooted in the factors included in the state’s field operations manual, and he cited Arizona statute that gives “broad authority” to the commission to assess all civil penalties.

“With all due respect,” he wrote, “rather than suggesting to the media that the commission should operate as a rubber stamp on ADOSH citations and penalties, Arizona’s state plan would be better served if you would support the long-standing statutory role of the commission.”

The Industrial Commission has 30 days from the issuance of the May 4 letter to provide a written response. Federal OSHA recommended the state propose changes to its state OSHA plan to define the role of the Industrial Commission and explain the criteria it uses to approve and adjust proposed citations. Those changes would have to be submitted to federal OSHA for approval.

The letter also directs the commission to stop reclassifying the violations cited by ADOSH.

Workplace-safety advocates say that high penalties for violations are a crucial deterrent for employers who might look to save money by cutting corners on safety practices and equipment.

Arizona’s ADOSH field workers would need 122 years to inspect each workplace in the state once, according to AFL-CIO’s most recent report on workplace fatalities.

Stiff penalties for violations, such as failure to use fall-prevention equipment, “sends a message to every employer in the state about how important it is to be following the regulations,” Dooley said. “If that company gets their fine reduced, that sends a message that compliance is a lot less important.”