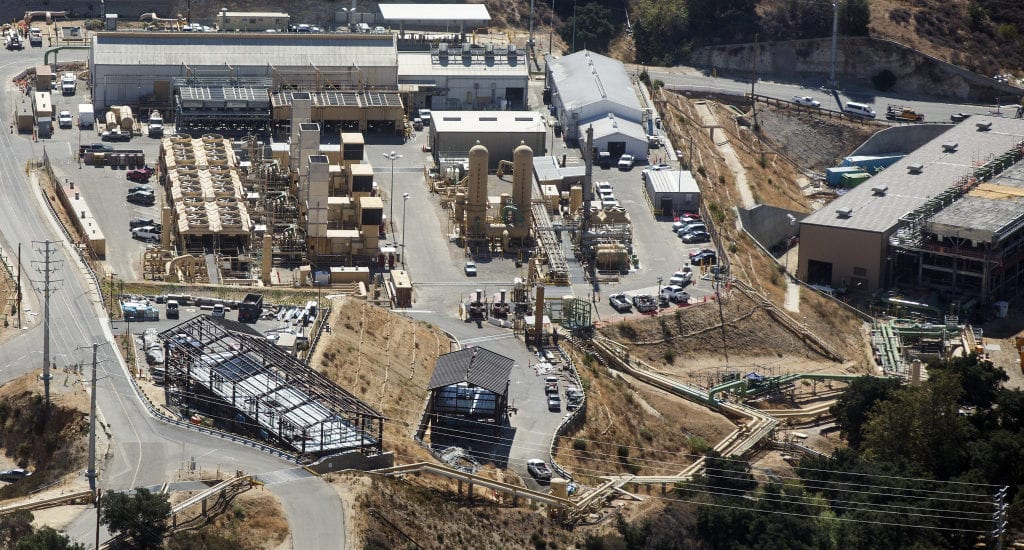 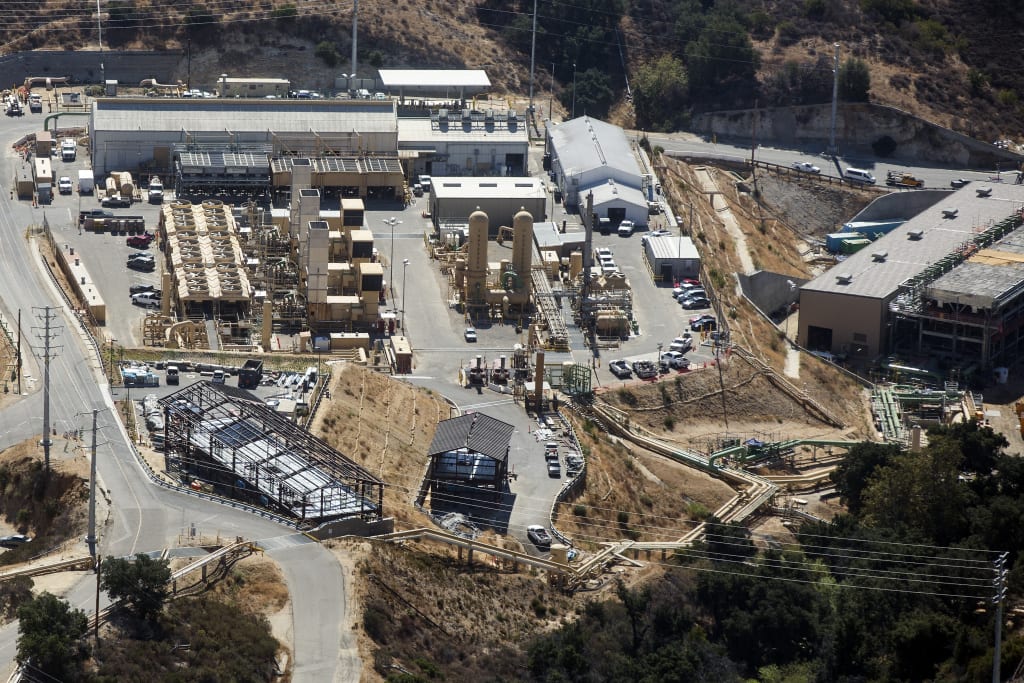 Ever since one of its wells broke open causing the nation’s largest-ever uncontrolled natural gas leak, Southern California Gas Co. has been sued by hundreds of individuals and a number of government agencies. But now, the company is suing back.

SoCal Gas this week sued California’s workplace safety agency and Los Angeles County to prevent them from imposing new safety standards that the company says are federal responsibilities under the U.S. Pipeline Safety Act. The company wants to shut down a county inquiry into how well gas operations mesh with the neighborhoods where they operate.

The company owns the Aliso Canyon natural gas storage facility next to the San Fernando Valley community of Porter Ranch. That’s where a gas well ruptured in October 2015, loosing 109,000 metric tons of gas, mostly methane, into the atmosphere.

A pervasive rotten-egg smell and reports of illness among Porter Ranch residents led the Los Angeles County Department of Public Health to order the company to relocate about 8,000 households away from Porter Ranch and adjacent neighborhoods in the north end of the Valley for several months.

The blowout lasted until mid-February, 2016, but the controversy over the company’s operation and oversight of the gas field has continued on in hundreds of lawsuits involving thousands of parties alleging damages.

SoCal Gas filed this latest lawsuit in U.S. District Court in Los Angeles on Wednesday. Along with L.A. County, it names the state Department of Industrial Relations Division of Occupational Safety and Health and the state OSHA Appeals Board.

Why is SoCal Gas suing?

In the lawsuit, SoCal Gas says the county and state, by trying to impose new safety rules, are violating its rights under the federal Pipeline Safety Act. The U.S. Department of Transportation’s  Pipeline and Hazardous Materials Safety Administration (PHMSA) enforces the act.

The company says the act “precludes state and local authorities from imposing or enforcing safety standards on natural gas pipeline facilities except as permitted under federal law.” The company asks a federal judge to bar the agencies from imposing unauthorized new standards and safety measures.

The company sued “because of the County of Los Angeles and Cal/OSHA’s unlawful and improper attempts to regulate SoCalGas’ natural gas pipeline and underground storage facilities,” SoCal Gas spokesman Chris Gilbride said in an email statement. “Those improper actions are preempted by federal and state law,” he said.

What does SoCal Gas contend L.A. County did wrong?

The company objects to the county’s own lawsuit to force SoCal Gas to adopt different safety standards, maintenance and inspections than what the federal government requires through its designated state agencies. In California, federal pipeline and gas storage rules are enforced by  the California Public Utilities Commission (PUC) and the Department of Conservation’s Division of Oil, Gas and Geothermal Resources (DOGGR).

In particular, the county wants SoCal Gas’ wells to be equipped with subsurface safety valves that can shut off the flow of gas if the well is compromised. County officials have also called for the Aliso Canyon gas field to be assessed for earthquake risk before it reopens for normal use. SoCal Gas says these are not required under federal law.

The company objects to the county’s “Strike Team” which was assigned to investigate health and safety risks associated with gas storage pipes and storage. The county Board of Supervisors wants the strike team to propose new zoning controls on gas fields and pipelines. SoCal Gas objects that the members of that team are not engineers trained by PHMSA staff and that its members include a personal injury lawyer.

Los Angeles County also intervened in the company’s proceedings before the state Public Utilities Commission as it tried to return to normal operations at the Aliso Canyon gas field, the lawsuit said. In March, the county filed a petition in court challenging DOGGR’s determination that the safety overhaul at Aliso Canon was complete. Later, the county asked the court for an order that the gas field not be refilled until the cause of the gas leak had been determined by a neutral third party. That review is under way.

The lawsuit objects to Los Angeles County using its franchise agreement with SoCal Gas and the county’s status as landowner at the gas company’s Honor Rancho gas storage field near Santa Clarita to try to impose new safety standards.

A spokesperson for the Los Angeles County Counsel did not respond to a request for comment.

What is the company’s gripe against Cal/OSHA?

California’s Occupational Safety and Health Administration enforces federal workplace safety rules, and in that role it cited SoCal Gas and demanded changes in its safety procedures. Cal/OSHA cited the company in June 2016 for failing to adequately train its incident commander in the proper response to the gas leak emergency. The citations found shortcomings in the company’s testing and inspection of wells. Also, safety equipment and conditions that were lacking during the leak did not meet state regulations.

The company appealed the citations and says the agency overstepped its authority. The appeal is pending with a hearing set in October.

A Cal/OSHA spokesman declined a request to comment on the lawsuit.

Does SoCal Gas reject all state and local authority over its gas operations?

No. The company accepts the oversight of PHMSA and its state designated agencies, the CPUC and DOGGR, to set safety standards for gas pipelines and storage. But  “The County of LA and Cal/OSHA specifically have no such authority,” Gilbride said.

A PHMSA spokesman declined a request to comment on the lawsuit or whether the federal agency saw interference by state and local agencies.

DOGGR imposed some emergency regulations during the blowout that it is now seeking to make permanent. Those rules govern how gas should move in and out of the underground reservoir, and require more monitoring equipment on all wells than existed before the leak. A public hearing on those new rules was held in Los Angeles on Wednesday.

The state also put a moratorium on SoCal Gas refilling the gas field until extensive safety overhauls were done at the Aliso Canyon field. That moratorium has not yet been lifted.

“Our position is that clear and consistent regulation by agencies with authority and expertise is key to safety. SoCalGas remains committed to complying with the safety standards and regulations established by those agencies, in this case, PHMSA, the CPUC, and DOGGR,” Gilbride said.