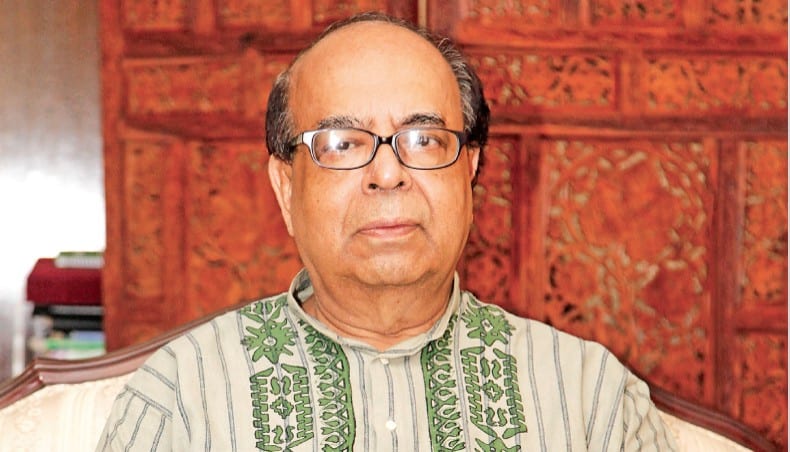 Consumers Association of Bangladesh president Ghulam Rahman thinks that consumers’ awareness can ensure food safety to a great extent.
He says that it is because of this lack of awareness among consumers that businesspeople get the opportunity to promote unhealthy food in society.
For instance, he says, people throng roadside makeshift shops in large numbers every day to drink sherbet from there without caring to inquire about the source of the water being used.
‘Consumers cannot care less drinking from these shops indiscriminately,’ warns Ghulam Rahman.
A little background information can put the statement in perspective.
Safe drinking water is a major concern in Bangladesh, especially in the capital Dhaka, where water cannot be consumed without boiling as piped water gets mixed with sewage.
Even bottled water is not always safe for drinking as piped water is often sold in bottles, contaminated with bacteria, including E Coli.
Studies, conducted both by the government and non-government organisations, have showed the number of patients suffering from water-borne diseases like typhoid, jaundice and liver inflammation is increasing in the country rapidly.
‘People need to be educated so that they care to think if they are consuming safe food,’ says Ghulam Rahman.
He thinks that education should be given from school level so that children can grow up learning different aspects of food safety in relation to health.
‘Some of these kids will grow up to be food traders and not compromise food safety for financial benefits,’ hopes Ghulam Rahman.
He praises the government for finally creating a body, Bangladesh Food Safety Authority, to look after the issue of food safety.
‘It is a timely decision taken on the part of the government,’ says Ghulam Rahman.
He says that it is only obvious that the government will have to have a mechanism to look into quality of food as its production has increased to meet the demand of a rapidly growing population.
The production of grain, he says, has increased more than three times compared to the amount the country produced at the time of independence in 1971.
‘For a long time, the only concern regarding food was to have enough to it,’ says Ghulam Rahman.
‘But the concern gradually has shifted toward the issue of food safety as the country has become self-sufficient in grain production over decades and production of other foods also increased,’ he says.
He says that though the BFSA lacks adequate manpower and technical facilities to be fully effective, it can still play a significant role in ensuring food safety by educating people about it.
‘The next challenge for the BFSA is to train up a dedicated force to check production and marketing of unsafe food,’ says Ghulam Rahman.
He mentions that food becomes unsafe when it contains ingredients harmful to health or fails to meet the daily nutrition demand of a person.
He says that still a large number of people are suffering from malnutrition in Bangladesh.
‘The physical health of the population largely depends on smooth functioning of the BFSA,’ mentions Ghulam Rahman.
‘The BFSA staff must be honest and truthful to their duty,’ he says.
He commends BFSA for some of its awareness activities teaching techniques of preserving cooked and raw foods in refrigerators or the best ways to wash hands.
‘Such lesson help people a lot,’ says Ghulam Rahman.
He says that it is important that those selling substandard foods are punished, but the authorities should not rely on punishment only for ensuring food safety.
He suggests that the authorities rather concentrate its efforts in educating growers about good agricultural practices or businessmen about good manufacturing practices.
He says that manufacturers must be provided with technologies to produce safe foods.
Ghulam Rahman, also the former chairman of Anti-Corruption Commission, says that production of unsafe foods is a form of corruption in which businesspeople wilfully overlooked accepted moral standards to become financially benefitted.
‘Wealth earned through sale of substandard foods will not match the legal source of income of food businessmen,’ he warns.
‘This is private sector corruption and the existing anti-corruption law is not capable of dealing with corruption in private sector very well,’ Ghulam Rahman points out.
He says that only conscious citizens can change the overall situation prevailing in the country’s food sector.
He says that citizens should protest against practices that make foods unsafe.
For instance, he observes, citizens should shun buying from shops frying snacks in oil used time and again at roadside shops.
‘People also need to change their Iftar habit during Ramadan,’ said Ghulam Rahman.
‘Safe food cannot be ensured overnight,’ he, however, mentions.
‘In fact safe food can never be ensured unless everyone comes forward with the safe food campaign,’ he suggests.