Barack Obama dons a Santa hat and hands out gifts in surprise visit to D.C. children’s hospital – The Washington Post

Watch out, Santa: Former president Barack Obama is coming for your sleigh.

With a fluffy red cap and a bulging bag slung over his shoulder, Obama delivered presents (and more than a few gasps) to the young patients at Children’s National hospital in Northwest Washington on Wednesday.

First on Obama’s list was a group of patients 4 and up who were making snowflakes in one of the hospital’s playrooms. After the excitement died down, the former president handed out jigsaw puzzles (which were his grandmother’s favorite, he told the crowd), Hot Wheels sets, remote-control cars, and glittery nail polish, among other goodies collected by Obama and his staffers. Hey, the guy knows his audience.

“I know they will be talking about it for years to come,” said Kurt Newman, chief executive and president of Children’s National Health System. “At such a busy time of year, when no one wants to be in the hospital, his natural warmth lifted the spirits of those kids, their parents and of each staff member he met along the way.” 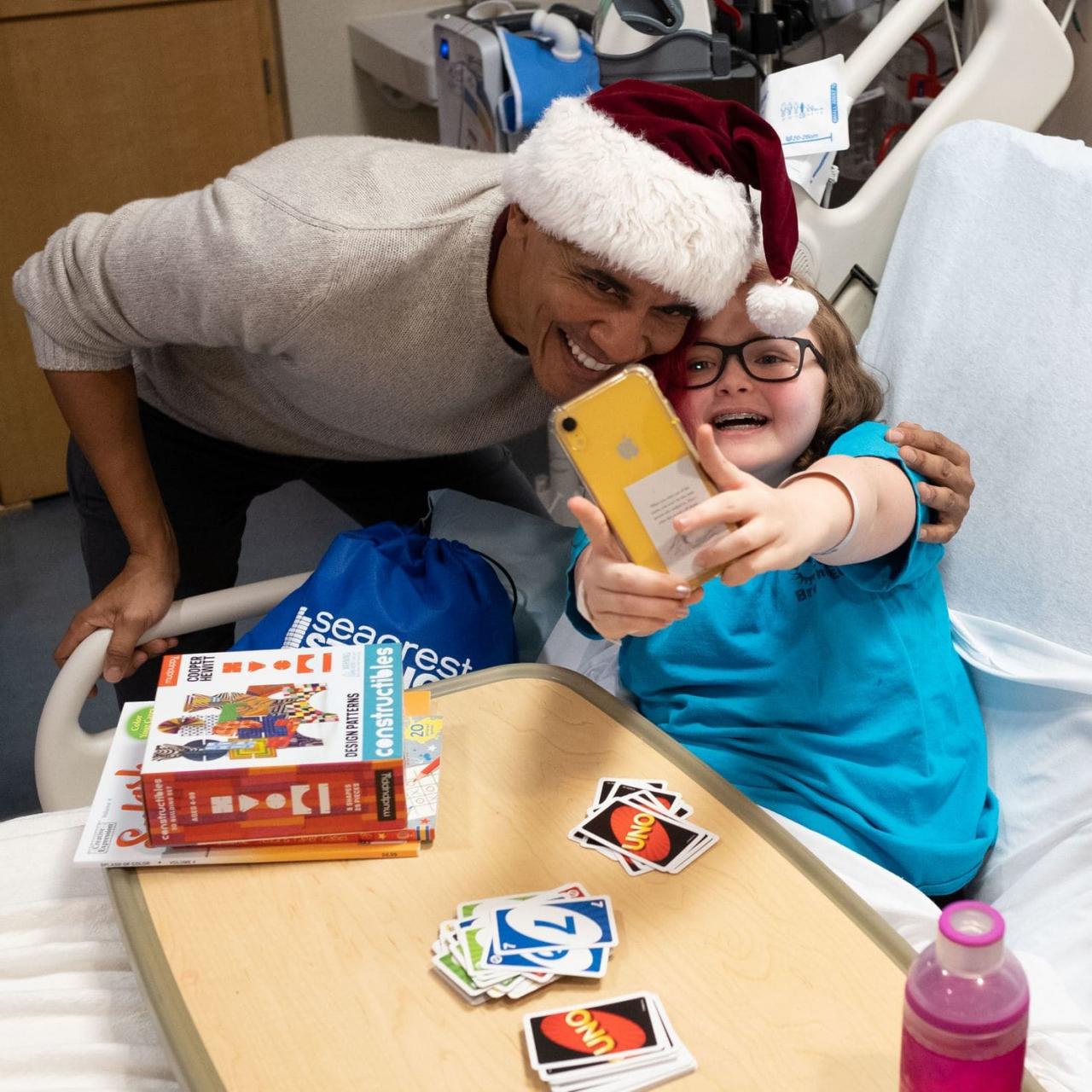 Obama takes a selfie with a patient at a Washington-area children’s hospital. (Courtesy of the Personal Office of President Barack Obama) (Chuck Kennedy)

Obama Claus also dropped by individual patient rooms for one-on-one visits with children and their parents. He gifted one 12-year-old patient who was nervous about heading to high school next year a piece of advice: “Even the cool kids don’t have it all figured out.”

Before leaving, Obama thanked the staff for working during the holidays and recorded a video message to be played on the hospital’s internal TV system for those he wasn’t able to visit during the trip.

Only a handful of the Children’s National staff knew that the president was coming to town, but word spread quickly during the 90-minute visit. By the time he was headed for the door, a crowd had gathered at a nearby nursing station. The group of doctors, residents and nurses cheered for Obama before busting into an impromptu rendition of “We Wish You a Merry Christmas.” 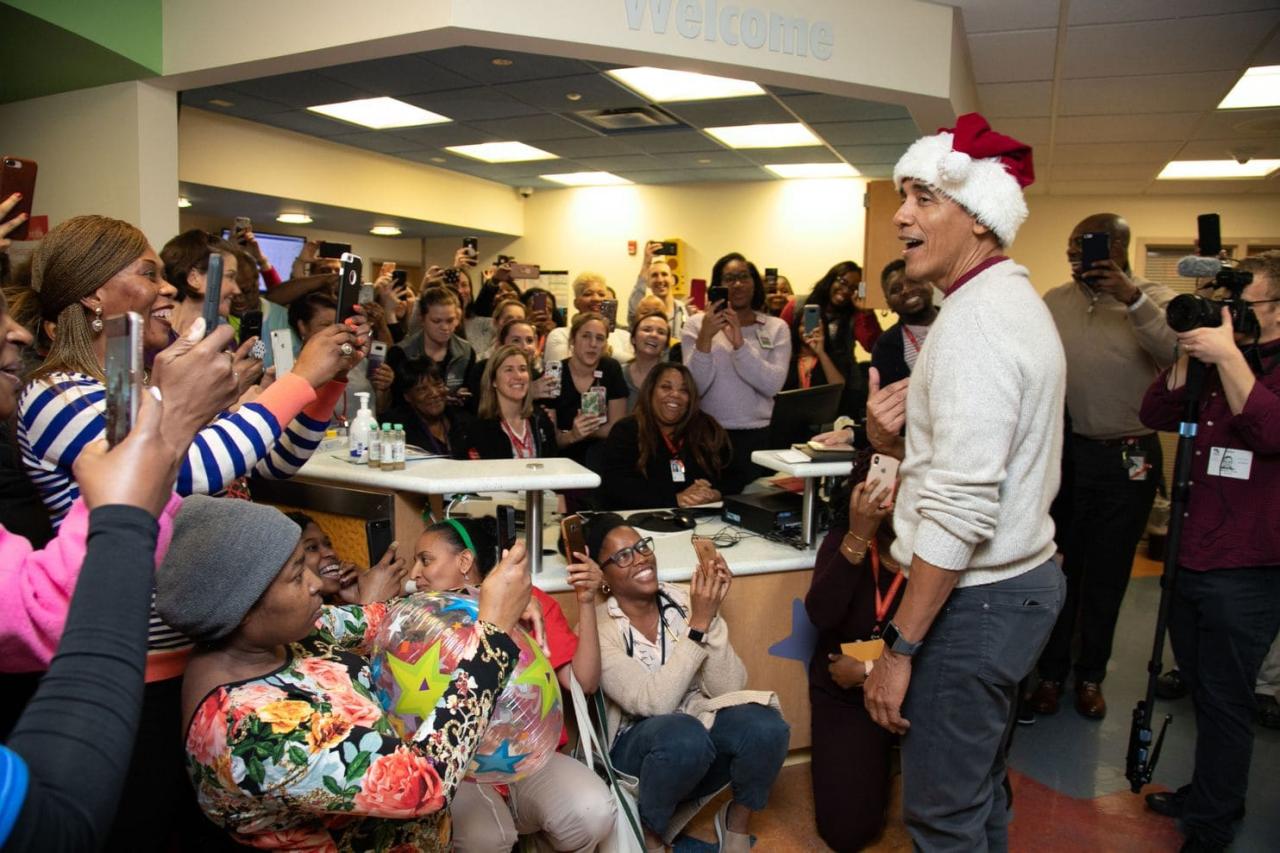 A crowd greets Obama on his Dec. 19 visit to Children’s National. (Courtesy of the Personal Office of President Barack Obama) (Chuck Kennedy)