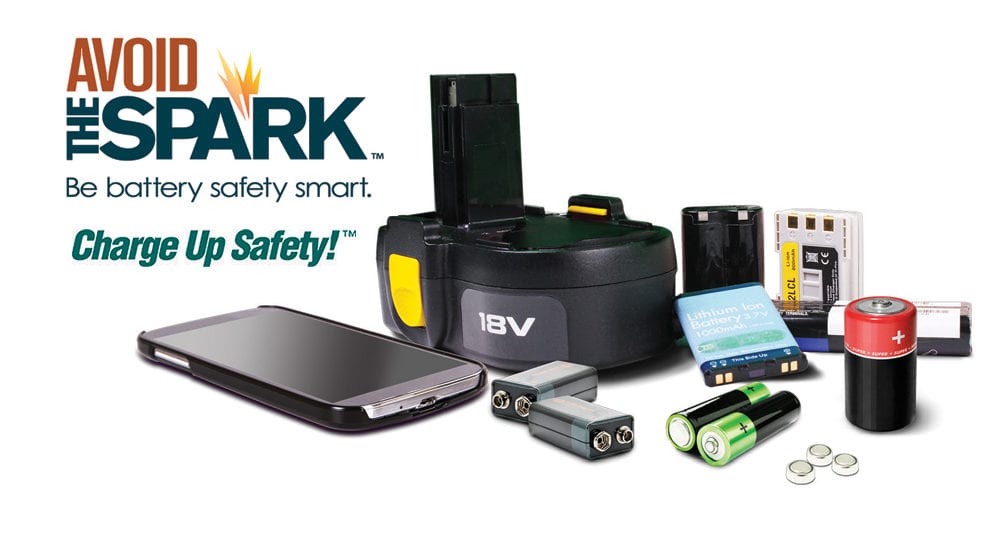 In 2017, Call2Recycle gathered more than 8 million pounds of batteries in the U.S. The program establishes and releases campaigns throughout the year to increase awareness and education on safe battery collecting and recycling. Carl Smith, CEO and president of Call2Recycle, Inc. discusses the crucial function of these campaigns, their development and ultimate goals.Describe Call2Recycle’s 2 projects– Avoid the Spark and Charge Up Security Campaign– the origins and what is included. Call2Recycle began the Charge Up Security ™ campaign, concentrating on battery safety, in 2015. We wished to promote safety to individuals that were working in and around our program– it was focused not only on our worker leadership, however also the safety training of our collection websites. How can we handle the safe transportation and handling of batteries within our own program? How do we make sure that batteries that enter into our program are handled as securely as possible? This is the withstanding program that is ongoing for us and we will continue to make changes to it.The Prevent the Spark. Be Battery Safety Smart. ™ campaign is to increase customer awareness.

We looked for to pilot numerous strategies, especially in California’s Bay Area, to motivate more safe action in dealing with battery product. This involved educating the customers and, ultimately, leading to a modification in habits of how they view battery disposal.The Prevent the Spark campaign was funded by five various trade associations representing a broad spectrum of industries that wished to partner with us in looking at what may or might not work to alter habits and increase awareness of battery safety. It was a two-phase project: the very first part was in Might 2018, focusing on whether we could produce adequate coverage to get awareness on the significance of security concerns via the media. We ran a very concentrated week of interviews on radio, tv and in print to see if we could get adequate traction from an awareness standpoint. The October/November 2018 campaign focused on events and customer action, attempting to take the awareness that we believe we gained and communicate that more straight to customers through occasions and the county stakeholders.What was the catalyst for the Charge Up Security Campaign? Seeing the broader market occurrences triggered us to be really worried about total battery safety.

The increase of these events is due to a number of elements; nevertheless, the severity of events is a direct result of the higher energy density of lithium-based batteries. Why do you believe there is still a space in between consumer knowledge and the lack of battery security? I believe that there is generally an absence of understanding on the problems of waste and how to handle it and the duty that opts for purchasing products. We tend to consume more and get rid of more in this country than any other worldwide. I think there needs to be a catalyst for change in that habits and it can not be simply in the location of batteries. We are also discussing cans, aluminum, paper and other types of product as well.What areas have these projects been most marketed and why? Charge Up Safety is an across the country project. The Avoid the Glow project focused only on California’s Bay Area and its five surrounding counties

(Alameda, Marin, San Francisco, San Mateo and Santa Clara). We used them as an incubator for a variety of our awareness methods and to try some techniques that we can not do in other locations. What have the results been? Considering that the campaign started, we have seen the handling of batteries in those 5 counties improve drastically. Just through media awareness and our own training efforts, we had the ability to see a significant drop in the rate of unguarded terminals of batteries received through our program from the five-county area, going from a 20 percent unguarded rate in July 2017 to less than 5 percent in September 2018. We are delighted at the action, participation levels and media protection and will be assessing our next steps and where we go from here.How long will these projects go on? Charge Up Security stays our cornerstone project focused on battery security. The Avoid the Spark Pilot program in the Bay Area concluded at the end of November 2018 but we are wishing to take the data and the responsiveness to paint the responses by the customers and come

up with a set of conclusions of what is affordable, consumer awareness and what the campaign was reliant upon.How effective have Call2Recycle’s projects and programs been? Last year in the U.S, we collected more than 8 million pounds of batteries into our program. These outcomes were thanks to the assistance of our network, which consists of numerous stewards together with thousands of municipal and retail partners. Every campaign we establish

is rooted in awareness and education on battery recycling and security. Success is measured in a range of methods, consisting of: drops in vulnerable terminal rates( which reduces risk for a security event ), partner engagement/promotion of projects( National Battery Day, Spring Battery Hoarder, Go Green Vacation Shopping)throughout interactions channels, media protection in trade and national outlets, upticks in Web traffic and locator visits. These outcomes indicate engagement with resources with the goal of increasing the act of recycling batteries.For our recent Avoid the Glow campaign, several factors formed the effect of the public education pilot. The campaign consisted of a Websites, which hosts a number of battery safety resources (including Spanish variations)for public intake. The first month that the Web page released, it created 13,000 pageviews and more than 800 downloads of products. In combination with a handful of county-partner supported collection events, promotion on county and industry websites, social networks and media interviews, the effort made noise and attracted attention. Considering that the project covered in November, we have actually received numerous queries on how to engage resources from numerous areas beyond the Bay Location. These aspects integrated inform us that there is an interest in discovering more about safe battery practices and a cravings for information. While certain aspects will continue to impact the collection of batteries (embedded batteries, shrinking footprint of brick-and-mortar shops that gather batteries, absence of consistent/national recycling practices), Call2Recycle stays steadfast in its dedication to inform on battery recycling in order to protect the planet.For more info about the Avoid the Glow campaign, see www.avoidthespark.com. To learn more, go to www.call2recycle.org.You might also like:

Call2Recycle’s Safety Campaigns: Avoid the Spark and Charge Up Safety