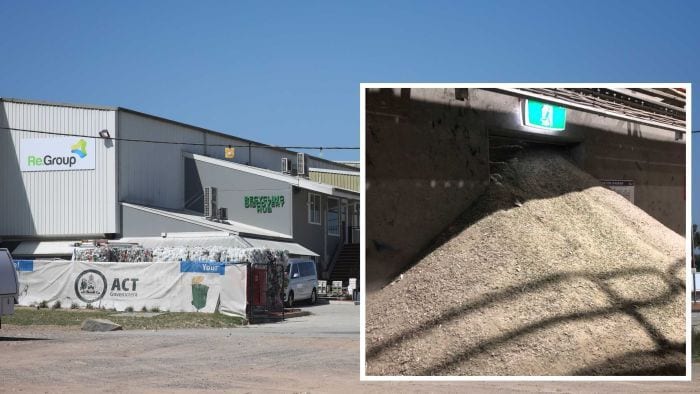 By Jake Evans and Michael Inman


Canberra’s recycling facility has been shut down after many threats to worker safety were discovered at the Hume site.Key points: The Materials Recovery Facility in Hume was issued several prohibition notices by Worksafe ACT on Thursday evening, after an examination discovered electrical problems, issues with fuel and gas supply, missing out on fire extinguishers and stacks of debris blocking security exits.Safety rails were also missing out on around “dangerous”devices like conveyor belts.Work safety commissioner Greg Jones said it was lucky the problems were identified before an employee was seriously injured or eliminated.” It is really poor management in terms of exposing workers to those sort of threats,”Mr Jones said.

“We are ensuring that all of those issues are repaired, and they must be done appropriately to our

satisfaction prior to they can reopen.”Mr Jones stated the plant would likely remain closed up until a minimum of late in the week.He stated there had”

product to install up within the structure.”Certainly some major remedial work requires to be done,”he said.Mr Jones stated the 250 tonnes of Canberra waste processed daily at the plant would be stockpiled at the Mugga Lane suggestion till it reopens.City Provider Minister Chris Steel declined an ask for interview.A representative for the City Solutions Directorate stated while bin collections were delayed in parts of north Canberra on Friday, yellow bin collection will be unaffected.