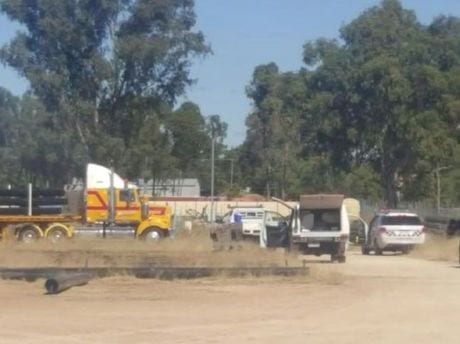 UPDATE, 11AM: The company which employed two men killed in separate incidents three days apart has rallied to support their families.

The two men, both aged in their 30s, died in unrelated workplace-related incidents on the western Darling Downs last week.

Both men worked for the Toowoomba-based Neil Mansell Group.

The company’s human resources co-ordinator Amy Belford said as the incidents remained under investigation, no formal comment was able to be made.

However, she said the men’s families and colleagues were a priority.

“At this stage we don’t have any formal comment to make given that it is under investigation,” Ms Belford said.

“Right now the families and the people are our priorities.

“That’s where our time and resources will be spent.”

EARLIER, 9.30AM: Workers at a Toowoomba trucking business are mourning the deaths of two colleagues in separate incidents in the past week.

Two men, both aged in their 30s, were killed in two workplace-related incidents within three days in the western Darling Downs region.

A 37-year-old Chinchilla man died at the scene after the truck he was driving on the Yuleba-Taroom Rd left the road and collided with a tree last Thursday.

The Forensic Crash Unit is continuing its investigations into the crash.

Meanwhile, Workplace Health and Safety Queensland is continuing its investigations into the worksite death of a 30-year-old man at the weekend.

Police said the man was crushed by a falling pipe at a Cooper St worksite on Saturday.