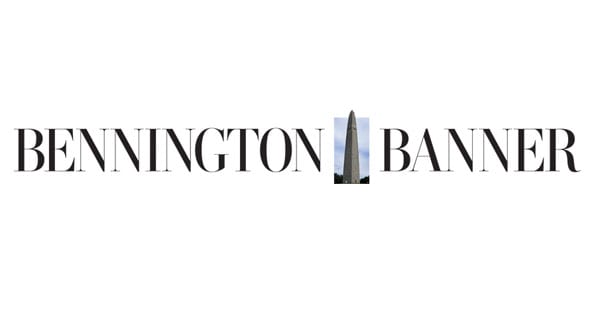 BENNINGTON — A complaint filed recently with the state alleges workplace health and safety hazards at the Pownal Town Office building on Center Street.

In a letter to Select Board Chairman Ronald Bisson, Daniel Whipple, manager of the Vermont Occupational Safety and Health Administration, said the complainant, who was not named, alleges “mold throughout building and mildew under the building,” and building exit signs that are not up to code.

Whipple said the complaint was received by VOSHA on March 8, one day after Pownal voters rejected a ballot question seeking approval to continue planning for a new town office building, costing up to $ 911,100. Voters shot down the request in a vote of 329 to 214.

In his letter, Whipple advised the town, “We have not determined whether the hazards, as alleged, exist at your workplace, and we do not intend to conduct an inspection at this time.”

However, he said VOSHA is requesting that the town “immediately investigate the alleged conditions and make any necessary corrections or modifications.”

Whipple asked the board to advise his office by March 17 of the results of its investigation.

Bisson said he intends to bring up the VOSHA letter during the board’s regular meeting Thursday and expects there will be deliberation about how to respond. He said the town recently hired contractors to perform mold and moisture control, carpet cleaning and other work at the town offices.

“We have done work on it,” Bisson said, mentioning installation of dehumidifiers and air filters, along with work under a section of the structure that doesn’t have a concrete foundation — including part of the board’s meeting space at the rear of the rectangular-shaped building.

“It looks like somebody who must be a supporter of the new town hall [project] went to the state,” the chairman said.

According to the VOSHA letter, the board should include in its response any corrective action the town has taken to address mold or other problems, including photographs, monitoring results and a description of corrective action taken.

Tom Shuey, the town transfer station supervisor, who is retired from a 40-year career as a contractor, helped the board in hiring contractors for the town office work. He said Wednesday that “we did address the mold problems.”

Shuey said he worked with the board to bring in an engineering firm to assess air quality and moisture issues and then to hire other contractors to perform the work according to those specifications. The project included laying down a vapor barrier under the section lacking a concrete foundation, replacing or adding new pressure treated wooden supports, cleaning carpeting and adding air filtering and dehumidifiers.

The VOSHA letter goes on to inform the town that it does not serve as a citation or notification of a proposed penalty, which could only occur after a VOSHA inspection or investigation. “It is our goal to assure that hazards are promptly identified and eliminated,” Whipple said. “Please take immediate corrective action where needed.”

VOSHA also is requesting that the town post a copy of the letter where it is accessible to all town employees and any town worker union organizations or safety committees.

The new town office building, as proposed, would be located near the current offices on Center Street on the former Bartels Lodge parcel, which the town purchased in 2005.

The town has sought for nearly 25 years to replace the current office and meeting space, most of which dates to 1928. The rear section, which dates to the 1970s, has no concrete foundation under one section and is considered the likely source of moisture issues.

The town funded about $ 50,000 worth of work on the building recently, but Bisson said about $ 40,000 of that was to install a new sidewalk, steps and rails to Americans with Disabilities Act standards.

Jim Therrien writes for the Bennington Banner and VTDigger.org. @BB_therrien on Twitter.

If you’d like to leave a comment (or a tip or a question) about this story with the editors, please email us. We also welcome letters to the editor for publication; you can do that by filling out our letters form and submitting it to the newsroom.