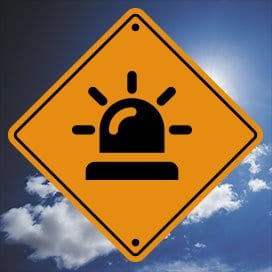 Canadian employers have been exposed for widespread ignorance of new and long-standing occupational health and safety (OH&S) regulations in a recent survey.

And construction employers, for all their talk about health and safety, are no different.
That’s the view of Norm Keith, a partner at Toronto-based law firm Fasken Martineau and leading OH&S defense lawyer who counts numerous construction firms among his clients.

The annual survey conducted for Fasken Martineau revealed that more than 40 per cent of employers nationwide who responded do not ensure all employees are trained on the company’s OH&S policy and program, that 50 per cent have not conducted a workplace harassment and violence risk assessment in the last 12 months and that only 34 per cent formally trained every worker, contractor and subcontractor on OH&S programs.

Further, at a time when more liberal marijuana laws are about to be introduced by the federal government, 53 per cent of respondents suspected that a worker was under the influence of alcohol or nonprescription drugs while at work in the last 12 months, but 60 per cent of managers and supervisors are not trained to identify workers who may be under the influence in the workplace.

The lack of OH&S compliance could spell trouble for Ontario’s construction sector said Keith. While constructors promote themselves as vigilant on health and safety, Keith said there is rampant OH&S noncompliance in key areas.

“They give some consideration to safety, but they don’t give enough, and then when there are new challenges in the workplace like alcohol and drugs and marijuana, I think they just react, I don’t think they are proactive at all,”

“There are a lot more accidents in construction than in the average employer numbers across the province and there is a lot more enforcement and prosecution in the construction industry. I find it really hard to fully understand why employers in construction are not taking prevention more seriously, and why, given the enforcement activities, they are not trying to avoid the harm to workers and the legal risk and the cost to their own companies and their own management,” said Keith, citing regulatory investigations, charges, costly fines and jail terms among the possible consequences of noncompliance.

Construction firms are just one Ministry of Labour health and safety blitz away from facing major penalties, Keith said. Bill 132, which was passed in Ontario last year, expanded the Occupational Health and Safety Act’s definition of workplace harassment to include workplace sexual harassment and employers are required to develop OH&S programs but Keith said he knows for a fact constructors are lagging.

“We tell people about this and they go, ‘oh, we have to do something?’ Yes you do,” said Keith.

On harassment policy obligations, he said, “They are not complying. We have not seen a Ministry of Labour blitz on that subject yet but when they do you are going to see a lot of orders and charges.”

Similarly, Keith said he did not foresee construction employers jumping to upgrade OH&S policies to deal with increased marijuana and other drug use in the workplace. Pressures to get projects completed tend to take priority, he said.

“They give some consideration to safety, but they don’t give enough, and then when there are new challenges in the workplace like alcohol and drugs and marijuana, I think they just react, I don’t think they are proactive at all,” he said. “And I think they may pay the price for that.”

Keith said he does not feel the Ministry of Labour is being lax, rather it’s employers who need the wake-up call.

“I think the Ministry of Labour is doing what it is supposed to do. It is setting, communicating and enforcing standards. I think with the large number of prosecutions just on the harassment and violence issue, they are making it very clear they are taking it seriously,” he said.

“I just think it is employers who are not taking it seriously. It is surprising to me, to be honest.”

Keith said he would encourage construction employers to increase their knowledge of the legal requirements they have, perhaps with outside help, with the goal of becoming compliant.

“And they should be aware that when bad things happen that could have been prevented, they are unfortunately going to be prosecuted,” he said.

“The Ministry of Labour is quite aggressive, they have a whole team of lawyers dedicated and investigators, and I make a living in part out of defending employers, but I don’t like to see more tragedies in the workplace, I like to see more prevention.”