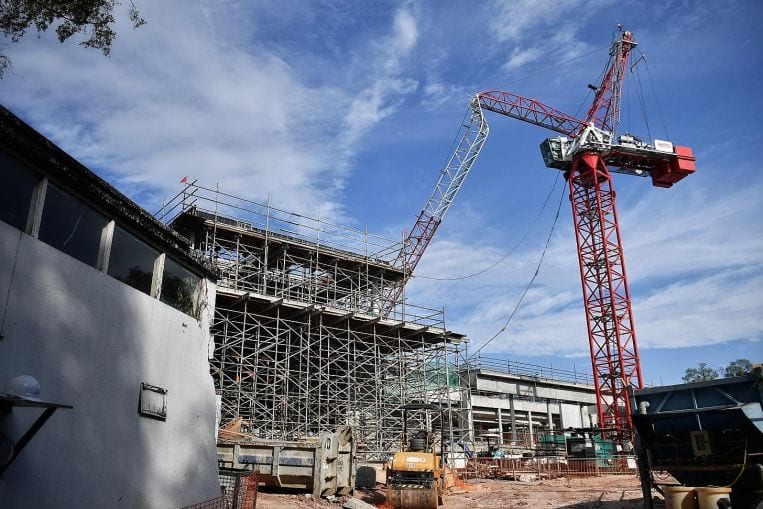 Engineers are studying how to safely remove a damaged tower crane that has been causing residents in Ridout Road, off Holland Road, some unease for nearly two weeks.

The crane’s load-bearing arm has been bent to a point where it is resting on the site where a two-storey bungalow is being built.

But the Ministry of Manpower (MOM) said yesterday that any recovery plan is made more complex because it involves a tower crane.

“This is due to the structural configuration of the tower crane in which the main support structure comprises a single mast.

“Hence, careful considerations need to be made to ensure the overall stability of the crane during the recovery work.”

MOM said it was alerted to the incident involving the tower crane on Aug 24, a day after it was damaged, and sent investigators to inspect the site the same day.

It also ordered the occupier to stop all lifting works on the site immediately and the affected area was barricaded to prevent unauthorised access.

The MOM spokesman said the condition of the crane does not pose a danger to residents or workers. Measures have also been taken to provide additional support to the damaged portion.

“The occupier has taken additional measures to stabilise the crane which includes providing additional support to the damaged portion,” added the spokesman.

Nobody was hurt in the incident and investigations are ongoing to establish the cause of the crane boom failure, said the ministry.

When The Straits Times visited the area on Sunday, residents recalled hearing a loud sound at the site the evening of the incident.

Mr Mohamed Rafi, 35, a security guard working at a nearby house, said: “I didn’t leave my post to check on it, but later, I noticed that the crane (had been damaged).”

He added that the work site has been quiet since the incident.

According to the project board displayed outside the site, a two-storey bungalow with a basement and swimming pool is being built at the location.

The developer of the site, Soon Hock Property Development, did not respond to queries by The Straits Times when contacted.

An independent professional engineer had inspected the crane and assessed that it was stable, and recovery work is scheduled to start today, said MOM.