Fianna Fáil: Workers' lives 'at risk' due to fall in safety inspections 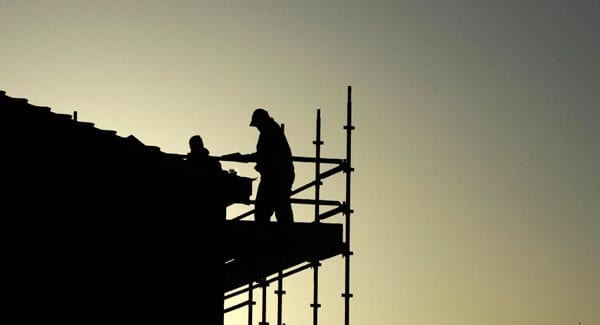 Workers’ lives are being put at risk by a 32% reduction in health and safety inspections of workplaces, Fianna Fáil has warned.

Furthermore, the figures, released through a parliamentary question asked by Fianna Fáil Jobs spokesman Niall Collins, show that the funding for the Health and Safety Authority for safety initiatives fell by almost €500,000 from €1.776m in 2015 to €1.297m in 2016.

Ms Mitchell O’Connor said most inspections are targeted at the high-risk sectors such as construction, agriculture, forestry, manufacturing, mines, quarries, transport of dangerous goods by road, or the chemical sectors.

The HSA is planning 4,000 construction-site inspections with a focus on preventing accidents involving self-employed workers and small-sized contractors. There are also 2,000 farm inspections planned.

Earlier this month, the HSA said a key theme of its programme will be new and returning workers as that group has been identified by an ESRI study as being four times more likely to have a workplace injury than those with a tenure of more than five years.

Mr Collins said that, as the economy begins to grow, “it’s essential to that we protect workers safety”.

“In 2016, 44 people lost their lives in the workplace,” said Mr Collins. “Reducing the number of inspections gives unscrupulous employers ample scope to engage in unsafe workplace practices, and cut corners.

“The authority, in its 2017 programme of work, has committed to reaching 11,000 inspections, but even this represents a rise of just 540.

“An increase of 540 doesn’t match with the growth in employment that the minister likes to trumpet at every opportunity.”

Mr Collins said what was equally concerning, was the reduction in spending on safety initiatives by the Health and Safety Authority.

“The minister needs to understand that her role is more than just making jobs announcements.

“It’s about protecting existing jobs, unlike what she did with HP, [Hewlett Packard] and making sure that employees are working in safe environments.”