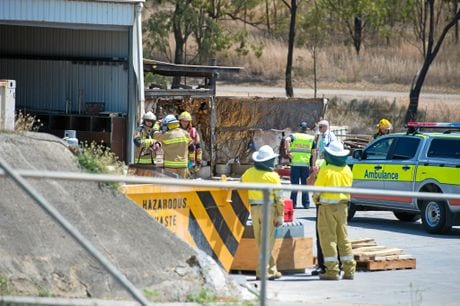 VEOLIA Environmental Services is facing a fine of up to $ 3.5 million over the death of Gladstone worker Mark Chapelhow.

Almost two years after the 31-year-old’s death, a court date has been set for a workplace health and safety charge against Veolia.

The refractories project manager was killed on October 27, 2015, when a kiln exploded at the Gladstone site.

A Workplace Health and Safety Queensland spokesperson confirmed it had “commenced its proceedings” against the water, waste and energy management company.

The charge, alleging a breach of Section 32 of the Workplace Health and Safety Act, is due for mention at Gladstone Magistrates Court on October 4.

November 2015: Dad waits for report into explosion that killed his son

The Observer asked Veolia if it would contest the charge, but in a statement Mr Winn said the company was unable to comment “due to ongoing legal proceedings”.

Mr Winn described the incident as “tragic accident” and said the company “upholds that the safety of (its) people and operations is paramount”.

“We understand this is a difficult time for the family and we are intent on ensuring the legal proceedings are resolved in a timely manner,” he said.

Mr Chapelhow left behind his partner Jessie-Lee Brown and their son Ryder.

A memorial was held in Gladstone after his death, where about 90 of his friends, family and workmates remembered the “doting father” as “smart and quick witted”.