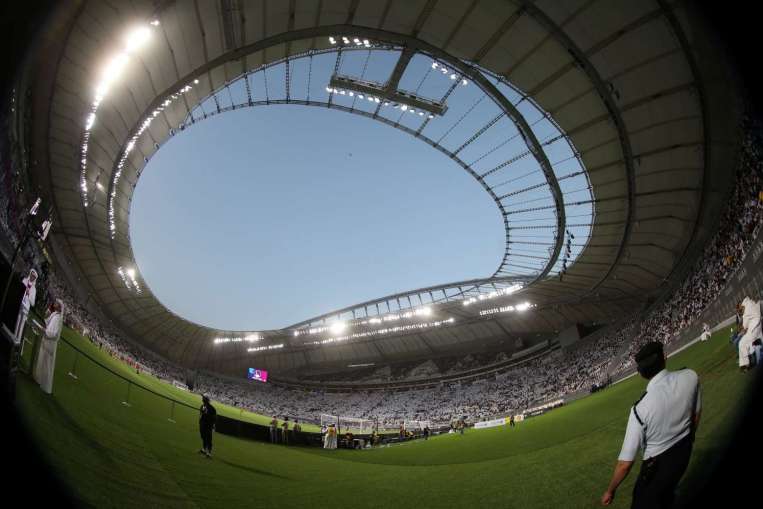 Doha (AFP) – An initial investigation into a British worker’s death at a Qatar World Cup stadium has raised concerns over the construction of the high platform from which he fell.

Zac Cox, a rope-access technician, plunged 39m to his death in January this year while working on a catwalk at the Khalifa International Stadium.

A second annual workers’ welfare report published by Qatar’s 2022 World Cup organisers on Thursday said investigators had concerns over the construction of the platform from which Cox, 40, fell.

“During the course of the investigation, the (investigation) team had raised concerns with the method of installation of the raised catwalk system,” read the report.

“This required further investigation regarding the method itself and the supervision skills of the specialist contractor staff.”

A number of “corrective and preventative” actions were subsequently put in place, organisers said.

This is the first finding released in the six months since Cox’s death.

Two separate investigations have been launched into the incident.

The welfare report was quoting from an investigation compiled by the stadium’s main contractor, Midmac-Six Construct Joint Venture.

A second investigation by “local authorities” is ongoing.

Khalifa is the first World Cup stadium to be opened in Qatar, hosting its first major football event, the Emir Cup, last month.

It will also be the site of the 2019 World Athletics Championships.

The welfare report, which covers the period from January 2016 to February 2017, confirmed two fatalities at Qatar World Cup sites during that time.

The other worker to die was Anil Kumar Pasman, a 29-year-old Nepalese labourer who lost his life after being struck by a lorry in October 2016 at Al-Wakrah stadium.

There were also five “non-work related fatalities” recorded in the report, mostly linked to “heart failure”.

Qatar has long faced accusations that a high number of workers will die on World Cup building projects, a claim it firmly denies.

The report showed a huge jump in the number of workers employed on World Cup stadium projects in the past 12 months.

More than 1,000 hours of inspections were carried out at construction sites, said the report.

Qatar is heavily dependent on a vast army of migrant workers, predominantly from South Asia to build and refurbish eight stadiums in time for the 2022 event.

There are some 2.1 million migrant workers in the gas-rich emirate while Qatar’s population is 2.7 million.

The report also revealed that three contractors had been blacklisted by Qatari organisers.

Khalid Al-Kubaisi, a senior World Cup official, said: “We have made considerable strides forward in our protection of workers’ rights over the last 12 months.”

He added, however, “there is still work to be done”.

Earlier this year, Qatar revealed it was spending almost US$ 500 million (S$ 694 million) every week in preparation for the 2022 showpiece.

World Cup organisers have said preparations are continuing as normal despite the ongoing crisis in the Gulf, which has seen neighbouring countries including Saudi Arabia and United Arab Emirates cut diplomatic ties with Qatar.