Football: Terraces set to make a comeback in English football 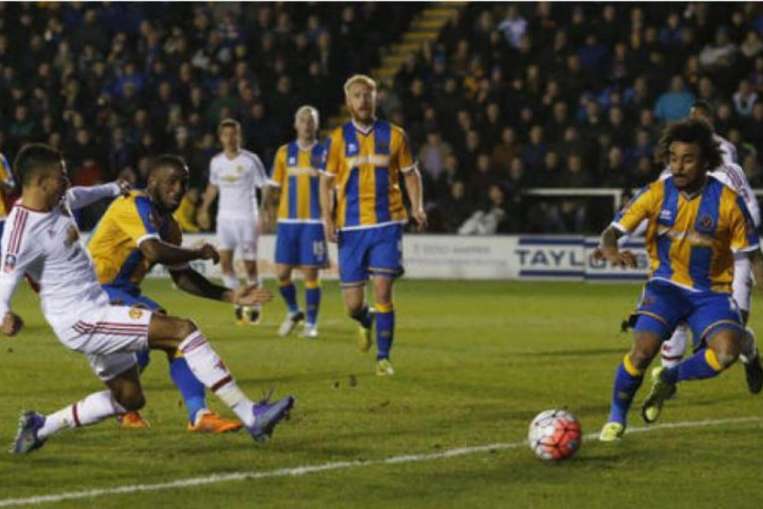 (GUARDIAN) – Shrewsbury Town have applied to become the first club to introduce safe standing at their ground.

The English third -tier League One side want to have rail seats in use at the 10,000-capacity New Meadow stadium before the end of the 2017-18 season and have formally approached the Sports Ground Safety Authority to get permission to fit them.

“There’s a clear demand from our fans for an area where they can stand safely,” said Roger Groves, the joint chairman of Shrewsbury Town fans’ group, Supporters’ Parliament.

“We see that at every game with several hundred choosing to stand at their seats, which is not altogether safe. Rail seats will ensure that nobody falls over no matter how wildly they celebrate a goal, and by having a dedicated standing area, we believe that the overall atmosphere in the stadium will also be enhanced. For all those fans who prefer to sit, it will additionally mean that there will be no standing fans in their part of the ground spoiling their view.”

Since the 1990 Taylor Report into the Hillsborough disaster, clubs that have played for three seasons in the top-two tiers of the English football pyramid are required by law to provide all-seater accommodation in time for any subsequent season at that level, but clubs that have not played for three seasons at tier two or above since the legislation came into force, such as Shrewsbury, are still able to offer their fans a choice of seating or standing.

“As a Scot, I am very familiar with the great success that Celtic have had with their rail seating section,” said Shrewsbury Town’s chief executive officer, Brian Caldwell.

“So when the Supporters’ Parliament approached me about introducing the same concept here, I was immediately keen on the idea. Our Safety Officer has also visited Celtic Park recently and is all for it. We see it as an enhancement in spectator safety and a welcome provision of supporter choice. We hope, too, that by pioneering the use of rail seating in the EFL (English Football League), we will be playing a useful part in paving the way for other clubs in England and Wales to follow suit in due course.”

English Premier League side West Bromwich Albion recently expressed an interest in reintroducing a standing section at The Hawthorns on a trial basis.