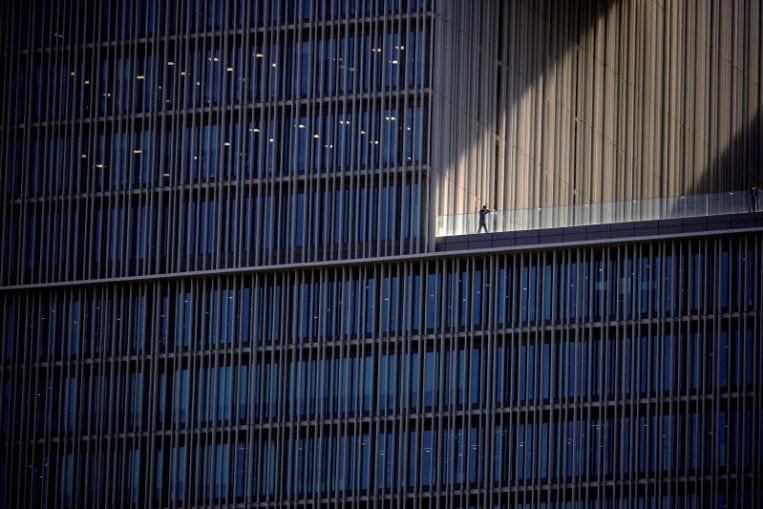 SEOUL (BLOOMBERG) – Mr Kim Jun-soo, a trainer at Shinhan Bank’s fitness centre in Seoul, cannot remember the last time there was such demand for his services.

Once a lonely corner in the bank’s basement, the gym is now packed, yet the change is not really about fitness.

It is a reaction to rules that took effect in the past year slashing the maximum number of working hours to 52 from 68 – in an effort to get South Koreans to focus on things other than work.

“The gym started to open during lunch hours as word of the 52-hour work week system started to spread last year,” said Mr Kim, 36, who has worked at the gym for three years. “The treadmills are now normally full and employees line up to use them, in which case, we create waiting lists.”

The government wants to change the reputation and culture of Asia’s most overworked country. The nation’s employees worked an average of 2,024 hours in 2017, the second most after Mexico among 35 member countries of the Organisation for Economic Cooperation and Development, according to the group’s data.

Under the new policy, all South Korean public and private companies with more than 300 employees must limit working hours by July, with few exceptions, including ground and air transporters of goods. Smaller companies must adhere to the new rules by 2022.

“There is a need to adequately regulate working hours, just like curbing drivers who speed, because long hours of work can lead to industrial disasters,” said research fellow Park Yoon-soo at the state-run Korea Development Institute.

The culture of long working hours that was a driver for economic development in South Korea is now under fire, with President Moon Jae-in blaming overwork for a string of problems including personal unhappiness, stalled productivity, industrial accidents and the nation’s low birth rate.

Across trading floors in Seoul, foreign-exchange brokers are trying to fit in a mandatory mid-day break and work within set hours in the US$ 55.5 billion (S$ 75.3 billion)-a day market.

At Woori Bank, computers have been programmed to shut down after an eight-hour day. If more time is needed, an employee can log a request for a 10-minute extension, or seek approval to work for up to two more hours.

Shinhan Bank uses automated screen savers to keep staff away from their desks for a full hour at lunchtime.

Mornings have become less hurried, according to a trader who asked not to be identified because the person is not authorised to speak publicly. Work now starts somewhere between 8am and 8.30am, a full hour later than a year ago, and traders are also encouraged to take a full-hour break outside the office, the trader said.

Not everyone is entirely pleased about the change. Some complain they have to rush to close positions before their work stations close down at mid-day. Others grumble that it is a hassle to seek permission to fire up their computers if they want to work outside the prescribed hours.

Institutions say some worries are overblown and that they are staggering breaks to ensure that things do not shut down. Hana Bank is reviewing a plan to move the appointed work hours forward so traders can prepare for the market before it opens.

“The new policy does not mean the entire bank suddenly stops operating for an hour,” said currency trader Kim Dae-hun at Busan Bank in Seoul.

“Traders take turns getting bites, which hasn’t changed, and the only difference is that you now electronically tell the computer you are taking a break before heading out for lunch.”

South Korean markets are open six and a half hours a day from 9am to 3.30pm. The nation’s currency, the won, is considered most liquid among its emerging peers with the least trading restrictions. The country’s dependence on exports also makes it one of the most sensitive to external events.

Most bank employees seem to like the change, as they no longer are compelled to stay late, said another trader who asked not to be identified citing internal policy.

But for now, managers say they think the shorter working hours will have benefits for individuals and companies as well.

“The 52-hour work week system is an opportunity to improve the efficient working process and is a chance to prepare for a better future,” said manager Han Minsu at Industrial Bank of Korea’s public relations office in Seoul.