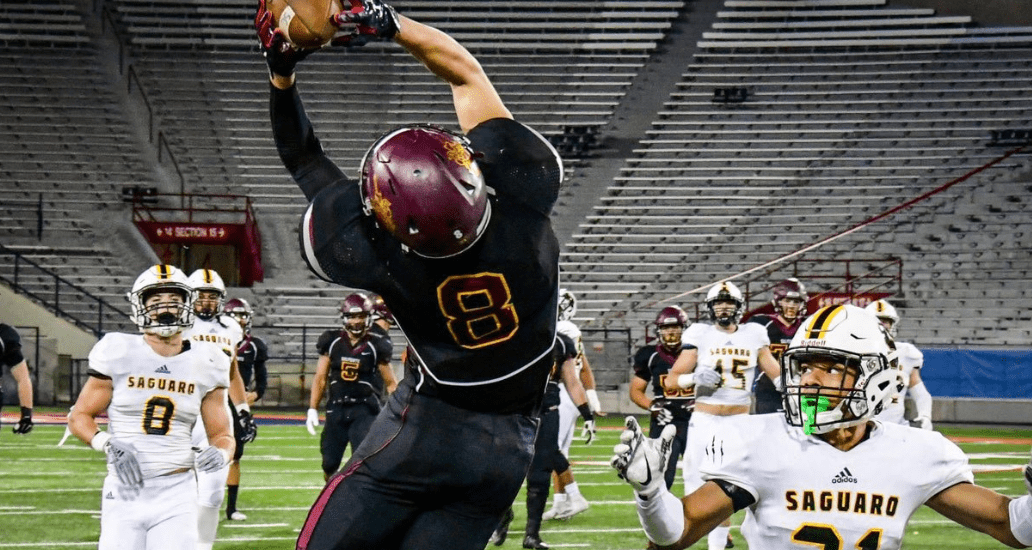 Tennessee’s coaches sent out an offer to a highly-rated running back out of Tucson, Arizona this week, and they also extended an offer to his versatile teammate.

Lathan Ransom is a four-star safety who plays for Salpointe Catholic. He already holds over a dozen offers from other programs, and he picked up an offer from the Vols this week.

Extremely blessed to have received my fifth SEC offer and 20th Division I offer from The University of Tennessee!! Thank you @Vol_Football @LancerFBcoach @UTCoachTFair #GoVols? pic.twitter.com/vnxhssay7f

According to the 247Sports Composite rankings, Ransom is the No. 217 overall player and No. 12 safety in the 2020 class. He already holds offers from three other SEC schools in Georgia, LSU, and Florida, and he also has offers from USC, Stanford, Oklahoma, Washington, Michigan, Arizona, Arizona State, and others.

The Vols offered both Ransom and his teammate, high four-star running back Bijan Robinson, from Salpointe Catholic this week, and both players figure to be heavily pursued in the 2020 cycle.

The 6-foot-2, 183-pound athlete plays in all three phases of the game for Salpointe Catholic, and he excels at all three. Most analysts believe his highest ceiling is at safety, but he’s a solid receiver and return specialist too.

Ransom is an aggressive run defender from the safety position, and he also does a good job as a free-roaming safety in pass coverage. He’s great in zone coverage on defense, but he can also play some man-to-man out on the perimeter. He has some deceptively good speed and uses that to his advantage mostly on offense and special teams, though it comes in handy on defense as well. Even though he’s a little more raw as a receiver, he has a lot of potential at that position, too.

As a junior, Ransom totaled 82 tackles, three tackles for loss, a sack, six interceptions, eight passes defended, a fumble recovery, and a forced fumble on defense according to MaxPreps. On offense, Ransom caught 27 passes for 625 yards and six scores. He also returned both a punt and an interception for a touchdown last season. He has four special teams scores over the last two seasons, and he’s picked off 11 passes in two years.

The Vols will likely look to add a safety or two in their 2020 class, and Ransom will be a name to watch. He’s getting interest from a lot of west coast teams, but SEC schools are taking note of him too. The Vols would like to get him to visit if possible.