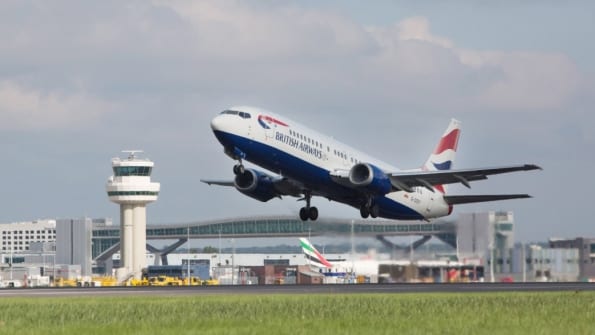 The second closure came just 11 hr. after the airport reopened following an approximate 36-hr. closure caused by sustained drone activity. Police say the drone flights were a deliberate act to sabotage airport operations in the run-up to Christmas.

In a statement issued just after 5 p.m. local time Dec. 21, airport officials said Gatwick had “temporarily suspended flights while we investigate reports of a drone in the area.”

Sussex Police leading the investigation requested support from the British Army, which has set up counter unmanned aerial system equipment in a bid to detect and track the drones. The drone operators have yet to be found, but authorities say they are pursuing several leads. Several British newspapers say one possibility is that the drone activity was carried out by environmental activists rather than terrorists.

Airport CEO Stewart Wingate said the drone flights were a “highly targeted activity, which has been designed to close the airport and bring maximum disruption in the run-up to Christmas.”

Although drone use has interrupted UK airport operations on several occasions, this appears to be the first time it occurred over a sustained period.

Airport officials said there were 40-50 drone sightings around the airport during initial closure, with some drones even flying in the rain.

Sussex Police said the drones were probably of an industrial specification rather than an off-the-shelf model, with the sustained flying rate suggesting more than one system may have been used. Wingate said at least two drones were flying over the airport when it was first closed at 9 p.m. local time on Dec. 19.

Grayling said “serious steps” would have to be taken to protect airports against drone activity. But he added that there is no simple commercial off-the-shelf technology that guarantees preventing a drone from coming close to an airport.

Under British law, it is illegal to fly a drone within 1 km (0.62 mi.) of an airport or airfield although some organizations such as the British Airline Pilots Association, want this increased to 5 km (3.1 mi.). In the US, that distance is 5 miles.