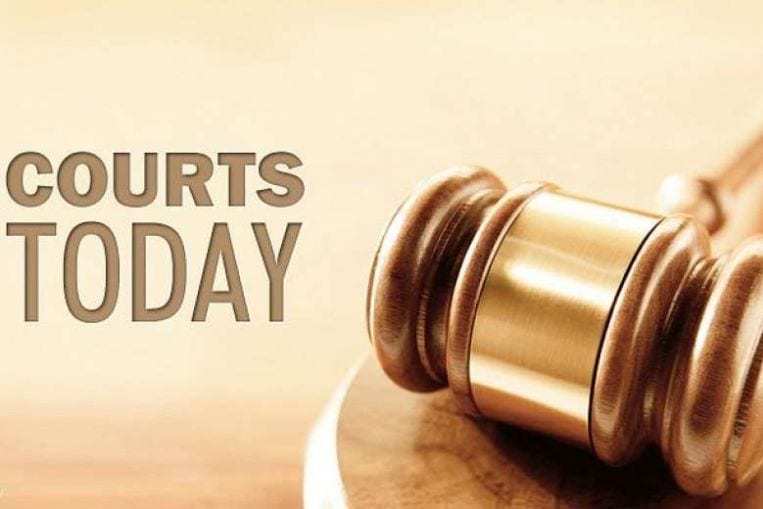 SINGAPORE – Prosecutors on Friday (April 20) appealed to the High Court to impose a year’s jail on a construction foreman who was fined $ 15,000 for his negligence in a Fusionopolis worksite accident in 2014 that led to the death of two workers.

Nurun Novi Saydur Rahman, a Bangladeshi national, on the other hand, is appealing against his conviction and sentence for endangering the safety of others with his negligence.

During Nurun’s trial, three surviving workers testified that he had instructed them to roll an air compressor onto a loading platform being suspended by a tower crane at the edge of the seventh floor of an 11-storey building so it could be moved one floor up.

The workers had warned Nurun that this was dangerous but they eventually complied with his instructions because he was their foreman.

The air compressor rolled away from the edge of the building after it was loaded, causing the platform to tilt. Two of the workers could not move away in time and fell off the loading platform, together with the air compressor.

The compressor landed on another loading platform on the fifth floor, while the men fell seven storeys to the ground. They were pronounced dead by paramedics.

On Friday, Nurun’s lawyer argued that the three witnesses were giving false evidence as part of a “ploy” by the company, GS Engineering & Construction Corp, to blame him for its lack of safety procedures.

“The company had a duty to identity all the safety risks and implement safety measures. It was GS that allowed all this to happen,” argued Mr Anil Balchandani.

The prosecution dismissed the conspiracy claim, arguing that the company and the workers had no motive to frame him.

At the time of Nurun’s trial, GS had already accepted liability for the accident; pleading guilty, it was sentenced to a fine of $ 250,000 after appeal, said Deputy Public Prosecutor Ang Feng Qian.

Two of the three men were no longer working for GS when they testified, and they had no reason to falsely implicate Nurun, she added.

This is the first case before the High Court involving a person convicted of performing a negligent act that endangers the safety of others, an offence under the Workplace Safety and Health Act.

The prosecution had originally sought four weeks’ jail for Nurun after he was found guilty by a district court. It said it changed its sentencing position after carefully considering the appropriate sentencing framework for such offences.

In December last year, Justice See Kee Oon set out a comprehensive sentencing framework for corporate offenders who breach their duty to ensure employees’ safety. This was after the prosecution appealed for a stiffer fine against GS and argued that fines imposed in previous cases had been too low.

On Friday, DPP Ang urged Justice Chan Seng Onn to build on this framework by setting out an appropriate sentencing framework for individual offenders as well.

Justice Chan reserved judgment and will give his decision at a later date.