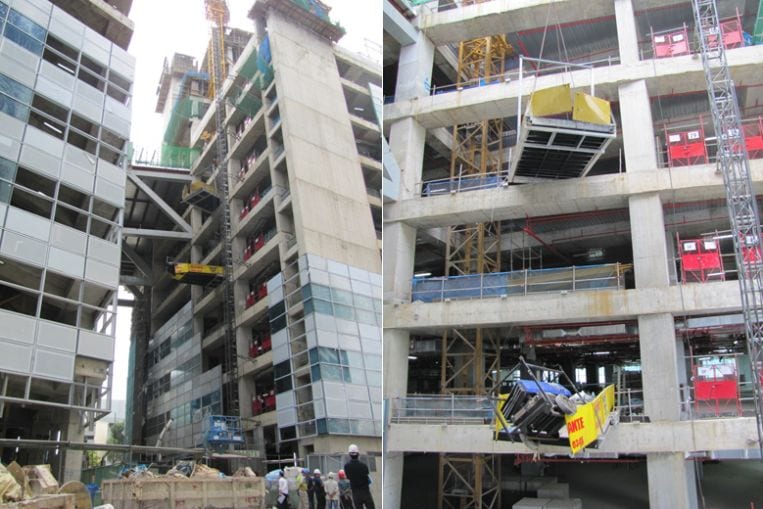 SINGAPORE – The existing practice of the courts to mete out only fines to those who endanger the safety of others at the workplace needed to be reviewed, said a High Court judge, as he handed down the first jail sentence for such an offence on Friday (Nov 2), signalling the serious view the court will take of such wrongdoing.

In sending a construction foreman to jail for 25 weeks, Justice Chan Seng Onn also laid out sentencing guidelines for future cases. Under this framework, those who commit safety breaches involving a high degree of culpability and high potential for harm can expect a starting point of about 16 weeks’ jail.

In his judgment, he said sentences imposed in past cases did not have sufficient deterrent effect to ensure that people comply with workplace safety rules.

Under the Workplace Safety and Health Act, a person who carries out a negligent act that endangers the safety of himself or others at work can be fined up to $ 30,000 or jailed for up to two years, or both.

However, since the provision was introduced in 2011, no one has been sent to jail, even though there have been at least 17 cases in which the negligent acts resulted in deaths.

After looking at the past cases, Justice Chan Seng Onn agreed with the prosecution that the full sentencing range for this particular offence had not been fully utilised.

He noted there were “several cases where the accused persons appeared to have a relatively high degree of culpability, committed breaches which created a high potential for harm, and where the breaches resulted in death, and yet all accused persons received fines in the region of $ 5,000 to $ 12,000”.

The fact that the sentences meted out so far have clustered around the lower end of the sentencing range set by Parliament also did not give effect to the legislative intent of the law, which was to improve workplace safety by deterring risk-taking behaviour, he said.

The case involves Nurun Novi Saydur Rahman, a Bangladeshi national, whose negligence in a Fusionopolis worksite accident in 2014 resulted in the death of two workers.

He had instructed his team to load an air compressor onto a loading platform that was suspended at the edge of the seventh floor of a building under construction.

The platform was not properly secured, but was suspended by a tower crane via four lifting chain slings, which was a breach of safety regulations.

The two men fell seven storeys to the ground and were pronounced dead by paramedics.

The prosecution asked Justice Chan to build on the sentencing framework laid down earlier by another High Court judge in the case against Nurun’s employer, GS Engineering & Construction Corp, over the same fatal accident.

In December 2016, Justice See Kee Oon had set out a sentencing framework for corporate offenders who breach their duty to ensure employees’ safety, after concluding that the fines imposed in past cases had been too low.

The final sentence would be adjusted according to the aggravating and mitigating factors of each case, including the impact of any actual harm.

In Nurun’s case, the judge found his starting-point sentence to be 13 weeks’ jail as his actions had high potential for harm and medium culpability. Justice Chan added 12 weeks’ jail taking into account that two deaths were caused.