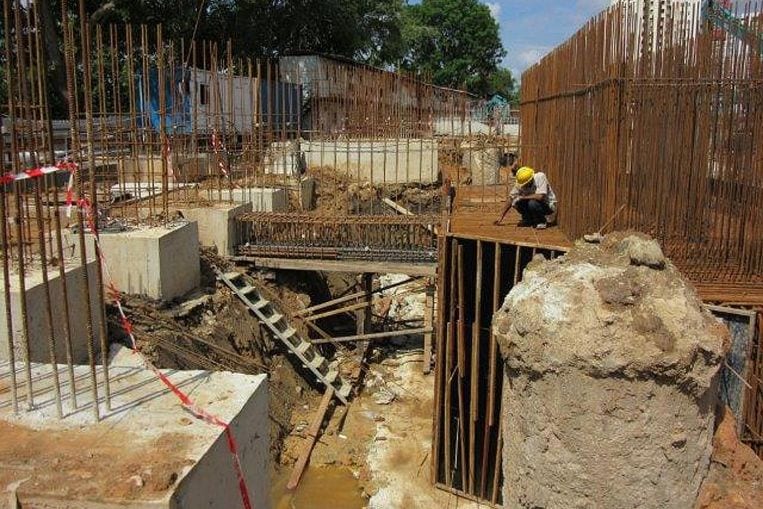 From Jan 1, the law will come down harder on companies that ignore workers’ safety.

Those found to have multiple safety breaches that are likely to cause death or serious harm will face heftier fines of up to $ 50,000 per offence, a jump from $ 20,000.

Such dangerous practices include the failure to have protective structures to prevent falls and not appointing authorised people to supervise hazardous works, said Minister of State for Manpower Sam Tan.

The increased fine is among changes in the Workplace Safety and Health (WSH) Act and its subsidiary legislation that were passed in Parliament yesterday.

Mr Tan, in outlining the changes, said the aim is to stop unsafe work practices before accidents happen. The number of such potentially serious accidents cases has doubled from 13 in 2013 to 26 last year.

He also noted that most of the higher penalties imposed took place after serious harm had occurred. The fines for these cases are up to $ 500,000 per offence.

“While we can penalise the companies, it is already too late for the injured or deceased workers and their families. Prevention is still the better option to protect (against) unnecessary loss of lives and livelihoods,” he said.

From Jan 1, the Manpower Ministry (MOM) can also share recommendations and learning points from accidents before the conclusion of criminal proceedings, which could take as long as three years from the date of the accident.

The change will allow steps to be taken quickly to prevent accidents.

Mr Tan stressed that learning reports will not be admissible in court proceedings. Companies and individuals will not be named and there will be no statements of liability in the reports. Similar practices exist in the United States and Britain.

Another change is that safety inspectors and enforcement officers will get greater protection to do their work without fear of being sued for damaging property as long as they carry out their tasks in good faith and with reasonable care.

The expanded protection could cover cases in which they need to gain entry into a property or if the advice they give companies results in damage during implementation.

Inspectors were previously covered only for equipment damage following inspection or testing.

Also, to keep WSH courses and teaching methods up to date, their accreditation will be shifted from MOM to SkillsFuture Singapore, which oversees the national Workforce Skills Qualification (WSQ) system. The change will take effect on Jan 1, 2019, and is in line with the shift of the WSH courses to the WSQ system by 2019.

Singapore Contractors Association’s president Kenneth Loo told The Straits Times higher penalties are not the only or best way to improve the situation. “We should look at promotion of a safe culture and ownership. It’s more sustainable.”

Seven MPs spoke in support of the changes, while highlighting concerns. They include labour MPs Patrick Tay (West Coast GRC) and Melvin Yong (Tanjong Pagar GRC), who said the learning reports may cause bias in witnesses, affect the company’s business and may lead to workers being retrenched.

Mr Tan said the extent of sharing for each learning report will be assessed on a case-by-case basis.