How loud is too loud? 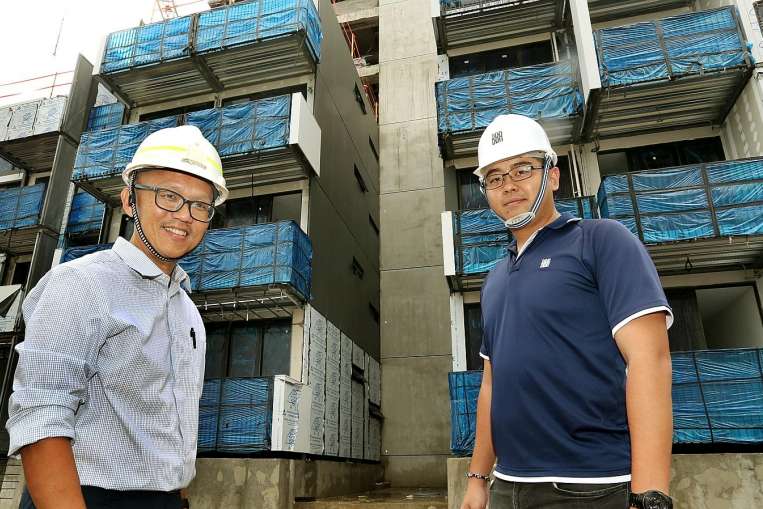 When Mr Nicholas Lau, 22, worked as a bartender at a nightclub, he used the ear plugs provided to muffle the loud music.

With the sound levels reduced to protect his hearing, he had to lean in slightly closer to his customers to hear them better and lip-read to get their drink orders right.

“I would double-check orders by repeating them, such as by asking: ‘Vodka lime?’ The customer would say yes or no, or indicate how many drinks he wanted,” he says.

Working as a freelance bartender at nightspots and live-music venues four years ago gave him an appreciation of the need to protect one’s hearing when working in loud environments.

It is an issue that has been thrust into the spotlight after Japanese pop star Ayumi Hamasaki said on her blog earlier this month that she was going completely deaf.

Hamasaki, the best-selling Japanese solo artist of all time, has been deaf in her left ear since 2008, following an ear infection contracted eight years earlier. After falling ill, she did not drastically limit her exposure to loud noises and has continued to tour and perform. She says her right ear is weakening rapidly because it has been working to compensate for the deafness of her left ear.

But does this mean that those who work in noisy industries such as nightlife and construction have to be resigned to hearing loss?

Experts say there are adequate regulations, as well as noise-limiting measures and equipment, to ensure that noise levels are kept in check and that the use of protective aids is vital.

But not all workers protect themselves against noise-induced hearing loss for a variety of reasons, such as a lack of awareness and the view that these protections are, ironically, a hindrance to hearing. The concern is that hearing loss can creep up on one stealthily and it can be too late when one grasps the severity of the situation.

Mr Lau kept his experiences in mind when he set up, in 2015, The Shake Affinity, which offers mobile bartending services such as organising house parties, while supplying drinks, catering, lighting and DJs spinning live music.

His firm gives the DJs it employs the option of using ear plugs to buffer against loud music. The equipment it uses, such as speakers and consoles, also have sound limiters, which are devices that restrict sound levels.

“When listening to loud music, we try to make the volume comfortable enough that people can hear one another,” says Mr Lau. “Nobody wants complaints from neighbours about their house parties. Also, nobody wants to have to shout, ‘I have to go to the toilet.'”

Also, rules governing permissible noise levels are in place, both within loud workplaces, as well as in their surrounding areas.

For instance, nightclubs and establishments such as karaoke lounges have to adhere to the terms of the Public Entertainment Establishment Licences they hold, which are issued by the Singapore Police Force.

The sound level at the boundary of the licensed premises cannot exceed a Leq, a unit of the equivalent continuous noise level measured over one hour, of 65 decibels. Normal conversation can range between 50 and 65 decibels, according to the website of the United States’ National Institute of Deafness and Other Communication Disorders.

Noise levels can be reduced in nightclubs by various means such as installing acoustic panels on walls and ceilings to absorb acoustic energy, or using directional loudspeaker arrays, which are speaker systems that focus amplified sound towards a specific area, such as a dance floor, says Mr Spencer Tan, founder of Dropnoise, a soundmonitoring firm.

Employers can do their part by rotating jobs and reducing the noise exposure duration, such as by letting bartenders rotate with doing administrative work, he suggests.

Regulations in Singapore, which observes a standard used in many other countries, stipulate that workers exposed to a noise level of 85 dBA, a decibel scale measure, for a continuous eight hours have to use ear protection such as ear plugs, says Dr Chan Siew Chee, specialist in ENT (Ear, Nose and Throat) Surgery and Consultant, Raffles ENT Centre.

He says that 85 decibels – the level at which hearing damage can begin to occur – is equivalent to the sound of a busy expressway. Exposure to 140 decibels, such as being close to a jet plane taking off, will damage the inner ear.

Dr Chan says, however, that noise-induced hearing loss is not inevitable in loud workplaces if exposure to loud sounds is limited.

“If workers wear ear protectors, they can continue to work,” he says, likening the use of protective aids such as ear muffs to construction workers who need safety harnesses to work in high-rise conditions.

But loudness may sometimes be part of the draw.

Mr Tan says it is challenging to reduce sound levels in nightclubs and in the music and entertainment industry, as “high noise levels and extremely loud special effects are often regarded as essential elements of an event”.

Also, he says some employees in the nightlife and construction sectors feel that wearing ear plugs hinders their communication with colleagues or customers.

Besides regulations on the use of ear plugs for noisy work, recent advances in construction methods have reduced noise levels, says construction manager Ivan Tan, 29.

At his worksite in Yishun, where a mixed-development retail and residential high-rise is being built, he says the use of prefabricated, pre- finished volumetric construction, or PPVC, means that “the noise is lower and there is a faster construction time”, compared with previous construction sites he has worked at.

PPVC refers to how entire modules with walls, floors and ceilings can be made off-site. The construction of these structures, with its accompanying sound levels, used to be on-site.

Despite regulations and technological advances, in choosing a profession where loudness is not unusual, the risk of hearing loss remains, particularly if one is cavalier about the use of protective gear.

This is partly because hearing loss, which is irreversible, is “gradual and insidious”, says Dr David Lau, who specialises in otorhinolaryngology, which deals with ear, nose and throat conditions, and related structures of the head and neck, at Gleneagles Hospital.

“Often, there are no warning signs. Normally, people will complain that you are not listening to them. That’s when you realise it,” says Dr Lau. “What is important is to take precautions upfront.”

Mr Lucian Tan, 25, a freelance DJ, protects his ears by using ear plugs or turning the volume down.

If, one day, he takes a job as a resident DJ in a club, he says he understands the tension between self- care and the expectations that come with the terrain of working for hours at high sound volumes.

“There would be expectations. You don’t want to disappoint people. Just like Ayumi, people will want to do their best to perform for their fans,” he says. “There is a risk involved, but I will protect my hearing as much as possible.”