How to restore workplace justice 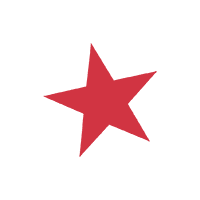 TOO many workers and their families suffer from the failure of their employing organisations to provide safe and healthy working conditions. Injuries, acute and chronic ill-health and death occur all too frequently, also generating emotional and financial costs.

Yet employing organisations are rarely held accountable for these outcomes. In fact, most of the associated costs are borne by those harmed and their families, as well as the taxpayer through the costs of paying benefits and providing healthcare.

And the fragmented, modern workplace is making our workers more vulnerable. Temporary workers and those deemed to be self-employed are, for example, significantly more likely to suffer injuries. Indeed, while the self-employed constitute around 15 per cent of total employment, they account for 30 per cent of workplace fatalities.

Those working in small and medium-sized enterprises have also been found to be at higher risk of serious injuries and death than those working in larger enterprises. Evidence furthermore suggests that this in part stems from the pressure put on suppliers by large, powerful purchasing organisations to meet price and delivery demands.

Despite all this, government policy, in failing to comply with relevant International Labour Organisation (ILO) requirements, has reduced the inspection and enforcement of health and safety law. It exempts from inspection workplaces arbitrarily deemed to be “low risk” and has supported a dramatic decline in all forms of enforcement action. The number of Health and Safety Executive and local authority inspectors has fallen by over a third in the last decade, and convictions relating to organisations in the local authority-enforced sector have dropped by 60 per cent.

None of this is either acceptable or inevitable. All that is needed is a political will to take the necessary action to reverse the current situation.

The Institute Employment Rights argues, as part of its Manifesto for Labour Law, that such action needs to include:

Equalising the application of statutory health and safety law

Amending the Health and Safety Act to transfer its core duty to protect workers to “businesses” rather than employers. This duty would cover all types of workers whose work activities are influenced and directed by said businesses, and apply to them wherever they go, or are likely to go, while at work. Where appropriate, the duty would be reinforced by imposing requirements on the heads of supply chains for the management of health and safety among suppliers.

The reintroduction of sectoral collective bargaining (as advocated by the Manifesto on Labour Law and adopted by the Labour Party), through which unions and employers can agree new mechanisms for improved health and safety that become standard across their industry. These agreements should cover the appointment of workers’ safety reps; access for trade union safety officers; the establishment of joint health and safety committees; procedures for the introduction of new technologies and substances; and a dispute resolution procedure to avoid or resolve issues without recourse to legal proceedings.

Union rights of access to workplaces in which they have members and to undertake inspections where there are reasonable grounds to believe that health and safety laws have been breached. Both health and safety inspectors and trade union safety officers should have the power to inspect, and when necessary, stop the job. Unions should be allowed to initiate private prosecutions against wrongdoers. In the absence of a recognised trade union, an appropriate non-recognised one should have the right to appoint workplace health and safety representatives. Businesses should also have a duty to consult in respect of all workers (and not just employees) who may be affected by their activities.

Creating a more rigorous regime of health and safety inspection

The establishment of inspection and enforcement regimes that are ILO compliant; policies prohibiting unannounced inspections to “lowrisk” workplaces to be repealed; the numbers of HSE and local authority inspections to be considerably increased (including those undertaken at random, rather than on (an alleged) “risk-based” basis; government funding to recruit enough inspectors to properly enforce the law; and the abolition of the “preferred authority scheme,” which allows large companies to avoid legal obligations.

An enforcement policy that places more emphasis on inspectors using their powers to issue enforcement notices and initiate prosecutions, including on indictment. The regular monitoring of the sentencing practices of courts to ensure they are compliant with existing guidelines and the keeping of these guidelines under review by a new, democratically constituted, standing body; and the establishment of a new, discrete unit within the Crown Prosecution Service solely responsible for considering cases of corporate manslaughter.

Re-establishment of the right for workers to seek compensation through civil actions for breaches of statutory duty; universal entitlements to sick pay that amounts to a substantial proportion of normal pay; and new duties on employing organisations in respect of the rehabilitation and return to work of ill and injured workers.