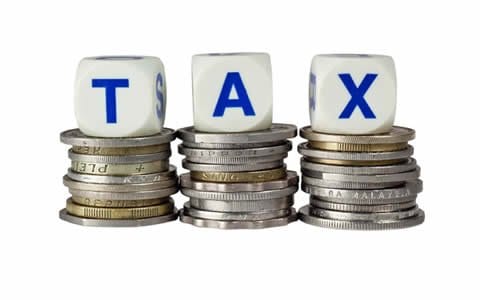 The Industrial and Commercial Workers Union (ICU) is calling on the government to waive the taxes on overtime earnings by workers.

At the 10th Quadrennial delegates’ conference in Kumasi, he described the tax as another nuisance tax in disguise which must be scraped.

Between 2012 to 2016, a large number of Ghanaians was burdened with what is now christened nuisance taxes.

Some of these taxes were in the form of petroleum tax, communication tax, financial services tax, excessive import duties, excessive corporate tax, and high-interest rate.

These nuisance taxes made transacting business in Ghana extremely costly because it visited upon the majority of Ghanaians very high cost of living.

But the leadership of ICU-Ghana is not enthused about leaving some critical taxes out of the abolished ones.

“When identifying taxes that were counterproductive and labelling them as a nuisance, you inadvertently left our overtime tax. We want to believe that it was truly an oversight,” he said.

Mr. Kotei continues that, “It is still serving as a greater disincentive for workers to perform overtime work to meet the production targets of their employers who were fortunate to have survived the abominable energy crisis that hit the nation and threw a lot of business plans out of gear.”

ICU-Ghana believes strongly that this will make bank credit more accessible to business and industry to speed up economic growth and development that you dearly seek for our dear nation Ghana.

Suggestions the collapse of UT BANK and CAPITAL BANK could result in labour lay-off was also discussed at the conference.

Mr. Kotei advocates strong unionisation of all workers to address any such effect on employees in future.

He also revealed plans by the ICU to re-affiliate to the Ghana Trades Union Congress after years of secession.

“I want to admit that the circumstances leading to over a decade of dispute between ICU and the parent body TUC were unnecessary,” he adds.

He indicates that the fact that the dispute has lasted for over a decade means the actions of the two parties are wrong.

The dialogue regarding ICU’s re-affiliation to TUC started some four years ago and is still ongoing.

The same committee is dealing with the issue of ICU-UNICOF merger which is a pre-condition put forward by ICU-Ghana for the re-affiliation to TUC.

“My ministry is working towards a passage of a bill that will be called the Occupational Health And Safety Bill which will seek to task job owners and heads of institutions to develop health and safety plans and engage personnel who will responsible for health and safety issues so that should there be any health and safety issue at the workplace, You don’t need to rush so many kilometres before you go for first aid.”

It has become necessary because most workplaces do not have occupational health and safety and even if they exist, hardly do we pay much attention what they need to serve us more.

Meanwhile, Mr. Solomon Kotei has been maintained to lead ICU for the next four, having been returned unopposed in elections.