In Britain, calls for a 4-day week. Can it be done? 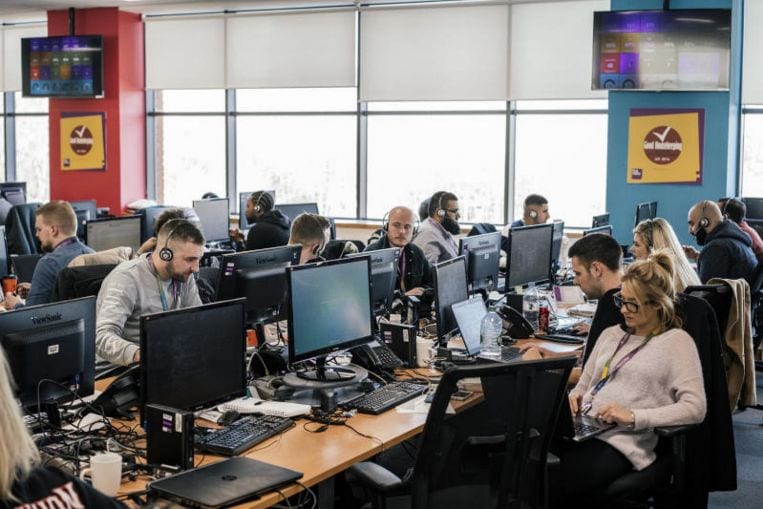 LONDON (NYTIMES) – Increasing numbers of workplaces around the world are embracing technology, and a greater array of tasks is being automated. In the eyes of one major British labour organisation, that need not be a threat to workers, but may instead offer an opportunity: less time working.

“I believe that in this century, we can win a four-day working week, with decent pay for everyone,” Frances O’Grady, the head of the Trades Union Congress, an umbrella group, said in a speech at the labour federation’s annual conference.

That, she said, would help workers reap the benefits of technological change.

Economist John Maynard Keynes had predicted that people would eventually work for just 15 hours a week. Instead, technology has led to unpredictable, more intensive, and longer hours at work, the Trades Union Congress said.

“This is a return to the days of piecework, creating a culture where workers are required to be constantly available to work,” the group said in a report.

It is not the only organisation scrutinising how technology affects productivity and work-life balance.

Who is experimenting with a shorter workweek?

– A trial of a six-hour workday in Gothenburg, Sweden, led to happier, healthier and more productive employees. The problem: It was too expensive.

– Perpetual Guardian, a firm that manages trusts and estates in New Zealand, instituted a four-day week and kept wages the same. It said productivity increased among its staff when their working hours were reduced to 32 hours from 40. The company is now considering whether to make the change permanent.

– In an effort to close a hefty gap in its state budget in the years after the 2008 financial crisis, Utah trimmed the workweek. Proponents said the move had the effect of improving the offering of government services available online and was better for the environment, but the state also benefited from volunteer groups picking up the slack when government organisations were closed.

– Amazon, the online retail behemoth, has tested a small pilot program for a 30-hour workweek, where staff worked reduced hours, though for reduced pay.

What else is being done to guard against encroaching technology?

– France has created a law giving workers the “right to disconnect.” It requires companies with more than 50 employees to negotiate a new protocol to ensure that work does not spill into after-work hours, an effort to prevent cases of burnout, which officials say are becoming more prevalent.

– Several measures have been taken in Germany to improve work-life balance. The country’s Labor Ministry ordered its supervisors in 2013 not to contact employees outside office hours. In 2011, German automaker Volkswagen began shutting off its Blackberry servers at the end of the workday. Daimler, another German car company, deletes emails sent to employees while they are on vacation.

So will we all have 3-day weekends soon?

Unfortunately not. It may be feasible for some companies, but it is unlikely to happen across entire economies in the years to come.

Any such change, even if it were possible, would not occur overnight, said Alex Bryson, a professor who specialises in labour studies at University College London.

Companies that wanted to limit working hours would have to make investments to help their workers become more productive, which would take time and cost money, he said.

“It’ll be a gradual switch,” added Paul Swinney, head of policy and research at the Center for Cities, a London-based think tank.

“We’ll see a bit of that with some people deciding to work four days one week, and five another. It’ll change gradually along with social norms.”