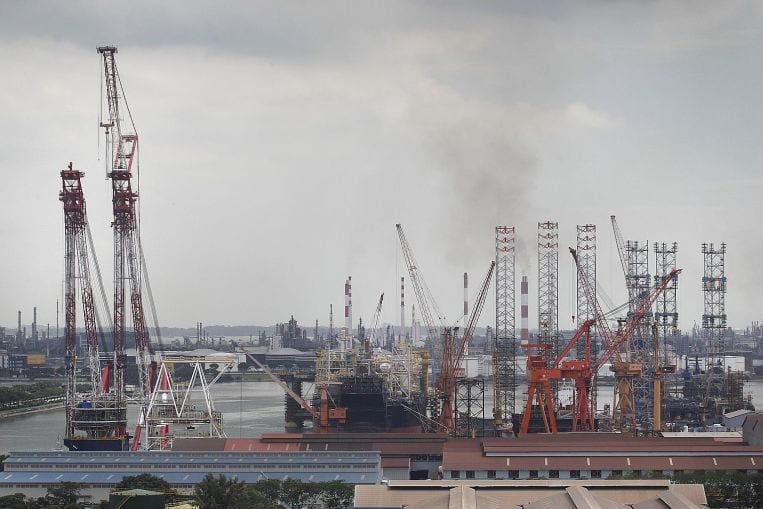 Jurong Shipyard has been fined $ 230,000 over a fatal accident in 2015 which saw a worker struck by and caught between a gantry crane and a manifold.

The shipyard was convicted of failing to take reasonably practicable measures to ensure the safety of workers at its 5 Jalan Samulun site, the Ministry of Manpower (MOM) said yesterday .

The victim, Mr Stephen Yeo Chye Mong, was employed as a safety coordinator and patrol man by the shipyard’s subcontractor Foo Ngan Marine.

On March 20, 2015, he was conducting safety checks near the manifolds along the track of a gantry crane, which was in operation. A manifold refers to a pipe that has several openings.

At the time, he was lifting pieces of rolled-up welding cables. Shortly after, a co-worker found Mr Yeo lying on the ground between a utility water supply manifold and the gantry crane track.

He was taken to hospital where he died from his injuries on the same day.

Investigations by MOM found that there were systemic failures in the way Jurong Shipyard conducted lifting operations using the gantry crane.

Investigations by MOM found that there were systemic failures in the way Jurong Shipyard conducted lifting operations using the gantry crane.

“These failures made the workplace dangerous, and also resulted in the accident,” MOM said in its statement.

Jurong Shipyard was also found to have failed to ensure that there was sufficient passageway clearance between the gantry crane track and the utility water supply manifold.

MOM found the clearance distance to be only 430mm, which was less than the 750mm recommended.

It added that the measured distance was, in fact, only 80mm when the leg of the gantry crane moved past the utility water supply manifold along its track.

Mr Sebastian Tan, who heads MOM’s occupational safety and health inspectorate, noted that there were several safety lapses in the case.

For example, the company “could have taken simple measures such as the deployment of banksman or warning signs to prevent the accident but it did not”.

He added: “A worker unfortunately paid the price with his life.”

In January this year, Jurong Shipyard was fined $ 230,000, after two workers fell 30m from a cherry picker and died.