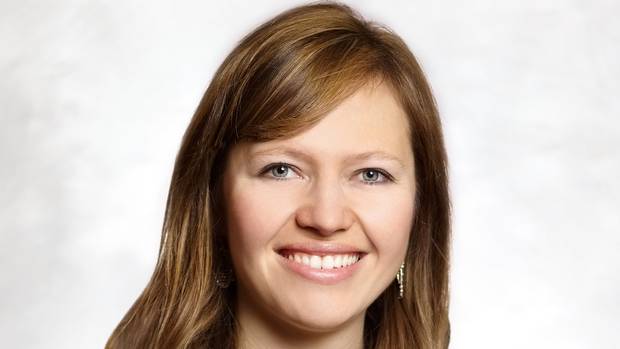 The writer is an associate in the Toronto office of Borden Ladner Gervais LLP. She practises labour and employment, human rights, and education law.

In 2014, 40-some Canadian organizations agreed to participate in an experiment. As part of it, they were asked to implement a first-of-its-kind workplace tool. If things went well, the organizations would become pioneers in setting a new benchmark, positioning Canada as a world leader in an important field.

The organizations’ implementation of the tool would be assessed as part of a three-stage process and notes would be taken of progress and challenges. They had to use their own resources to implement the tool and, at the end of the experiment, had to share their experiences.

Among the organizations were: an Ontario university, Canada’s two telecom giants, municipalities, the province of Nova Scotia, a handful of hospitals, a law firm and two of Canada’s largest insurance companies. Partaking in the experiment required a leap of faith and a willingness to take a financial and reputational risk in the name of a greater goal.

That goal was setting a new benchmark for workplace psychological health. And the experiment in question was the Mental Health Commission of Canada’s (MHCC) three-year Case Study Research Project (CSRP), which sought to track the first-time implementation of the National Standard of Canada for Psychological Health and Safety in the Workplace (the Standard) by the above-noted group of employers.

Since its development in 2013, the Standard has garnered international attention for positing an aspirational, progressive vision of the modern workplace and employee wellness. As the most sophisticated set of guidelines on the subject, it is being considered by the International Organization for Standardization (ISO29) as a model for the first international standard for psychological health in the workplace.

Overall, the Standard sets out a comprehensive framework that guides employers in assessing, responding to, and evaluating psychological health and safety in their workplace.

While not law, the Standard suggests that an employer seeking to meet its legal duty to provide a reasonably safe psychological workplace environment and prevent harm to employees’ psychological health – whether in negligent, reckless or intentional ways – must have such a framework in place. This includes assessing and addressing psychological health risks in a workplace, and developing strategies and programs related to areas such as critical event preparedness, conflict resolution and incident reporting.

As an employment lawyer with a workplace mental-health practice, I have been thinking about and assisting employers with the Standard implementation for a while. My “from-the-trenches” experience thus far has been this: I have never come across an employer who doesn’t wholeheartedly agree that a more psychologically healthy workplace is something to strive for. On that, everyone agrees.

But ask that employer whether it has been implementing the Standard in its workplace and you’ll get a much more nuanced response – followed by questions about which other employers are implementing it, whether it is costing them a lot of money and how they have dealt with their union/the new CEO/[insert applicable problematic stakeholder here].

These questions, and the underlying anxieties they hint at, are perfectly valid. They stem from the fact that, first, the Standard provides limited practical guidance regarding application; and second, there has been a notable lack of real-world evidence to assuage employers’ fear that implementing the Standard will hamstring their ability to manage their workplace, discipline their employees or remain financially viable.

That was the case until now. In March, 2017, the MHCC released the findings of the CSRP. The Case Study Research Project Findings report sets out the aggregated successful implementation stories of employers from a wide range of Canadian industries, sectors, structures, demographics and organization sizes.

To start with the elephant: despite the implementation of the Standard, workplaces continued to be managed, employees continued to be disciplined when necessary and profits continued to be made. More significantly, the participant employers’ experiences have yielded real-world evidence that applying the Standard can actually increase positive shifts in workplace culture, efficiency, reputation and bottom line. The results also suggest that employers were successful in their application of the Standard when they actively tailored principles and frameworks to the circumstances at hand. There are stories about organizations creating psychological safety ‘SWAT’ teams and peer-support programs, and reorganizing workflow. The results also include data on employers’ implementation challenges, lessons, barriers and try-agains, which in my world are often even more valuable.

At the end of the day, the CSRP results have affirmed the objective value of the Standard while providing long-awaited real-world evidence of how a “new normal” in workplace wellness can be set. Considering the fact that employed Canadians spend more than 60 per cent of their waking time at work, a new normal in employee wellness is a trophy brought home for everyone.