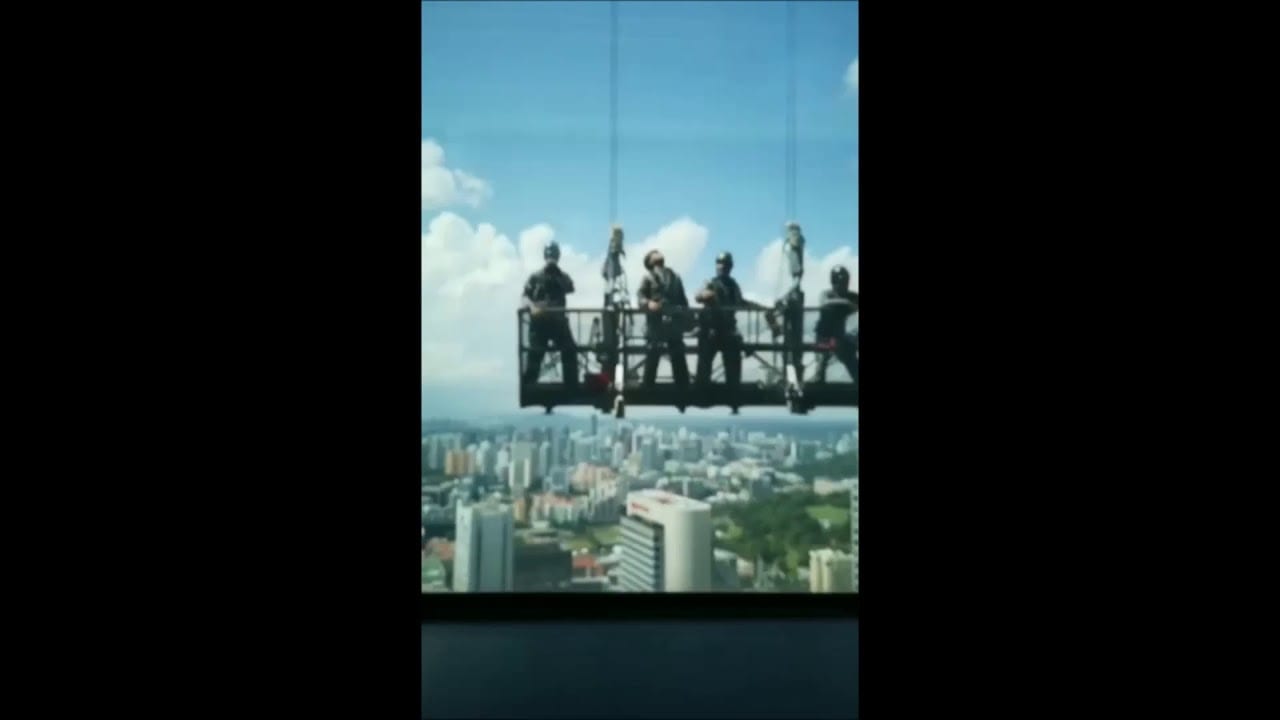 SINGAPORE – The Ministry of Manpower (MOM) has suspended all cleaning works for the facade of Republic Plaza in Raffles Place after four workers were spotted swinging precariously on a gondola last Wednesday (Jan 9).

In a statement on Tuesday, the ministry also said that it is investigating the incident.

A spokesman for Republic Plaza Building Management told The Straits Times on Tuesday that four workers from its appointed cleaning contractor were in a gondola to clean the building’s external facade when “unexpected strong winds” caused the gondola to sway while ascending from level 50 to the rooftop.

“Due to weather conditions, this can occur from time to time,” its spokesman said.

Once the management was notified of the situation, the external cleaning works were stopped as “workers’ safety is our top priority”, he said.

The gondola had been certified safe to operate and the workers were also trained and certified to perform facade cleaning at height. In addition, the workers on the gondola were equipped with personal protective equipment, he added.

There were no injuries.

The contractor has been doing regular facade cleaning at Republic Plaza since early 2000s, said the spokesman.

The building management is working with MOM to look into the matter and explore ways to further minimise swaying of the gondola due to unexpected changes in weather conditions.

Witnesses told citizen journalism website Stomp on Monday there were four men standing on the gondola 58 storeys high at about 2.30pm, when the gondola slammed into a glass window a few times.

Videos show the workers repeatedly looking upwards as they gondola sways. They are also seen holding on to the sides of the gondola and trying to stabilise themselves.

As the gondola approaches the window, one of the workers is also seen pushing his hand against the building facade.

The men appear to have cleaning equipment with them.

A witness, who gave her name only as April, said: “These brave men mustered a smile despite being clearly petrified each time the gondola slammed into the building.

“I don’t think this is normal. It was scary watching this.”

Republic Plaza, which is owned by City Developments Limited (CDL), is 280m high and has 66 storeys.

It is one of the tallest skyscrapers in Singapore, according to CDL’s website.