MOM ramping up inspections to boost vehicle safety at work 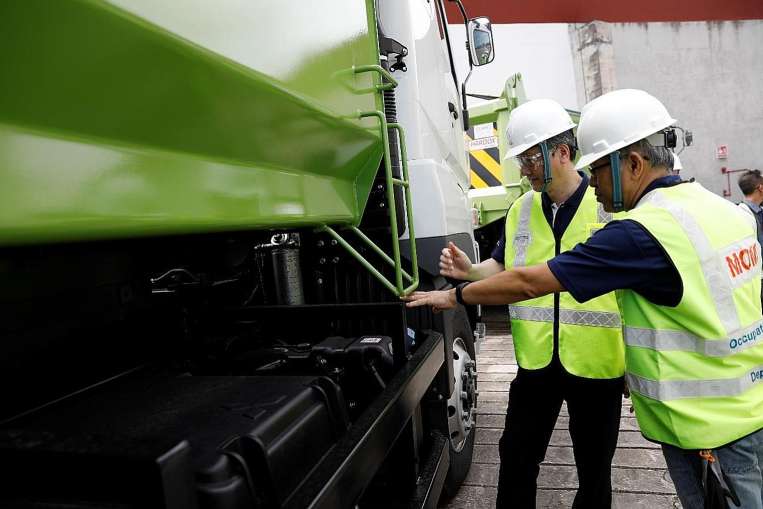 The Ministry of Manpower (MOM) will be stepping up enforcement measures to improve vehicular safety at workplaces.

A ministry spokesman said yesterday that more than 250 inspections are planned over the next eight weeks.

Vehicular incidents were the highest contributor to workplace fatalities in the first five months of this year. There were 287 vehicular work injuries during that period, of which six were fatal.

From January to May, MOM conducted more than 400 inspections of warehouses, storage yards, factories and construction sites, focusing on workplace traffic management practices.

One in five of the inspections uncovered poor traffic management practices.

The main violations were a lack of segregation of vehicular and pedestrian traffic, and poor key control of vehicles, which can lead to unauthorised or improper use of vehicles such as forklifts.

The recent spate of vehicle-related incidents is worrying and clearly shows that more is needed to promote good practices. I urge employers to ensure that vehicular risks are assessed, mitigated and communicated to workers.

MR SAM TAN, Minister of State for Manpower, on raising awareness of safety among workers and employers.

The workplace safety enforcement operations are taking place over the same period as the Traffic Police’s month-long campaign to clamp down on heavy vehicles that flout traffic rules, following a series of fatal road accidents involving such vehicles.

A combination of covert and overt operations will be conducted daily.

There is also a higher number of fatal incidents involving heavy vehicles: 19 so far this year, compared with 16 in the same period last year.

The figure does not include the latest fatal accident, which happened on June 15.

On Monday, Minister of State for Manpower Sam Tan joined MOM inspectors on the enforcement operation, code-named Operations Roadrunner, at a workplace as part of the efforts to tackle the issue of vehicular safety.

Following the inspection, Mr Tan said the campaign would create greater awareness of workplace safety among workers and employers.

“The recent spate of vehicle-related incidents is worrying and clearly shows that more is needed to promote good practices. I urge employers to ensure that vehicular risks are assessed, mitigated and communicated to workers,” he said.

Under the Workplace Safety and Health Act, companies that fail to take reasonably practicable measures to ensure the safety and health of their workers can be fined up to $ 500,000 for the first offence.