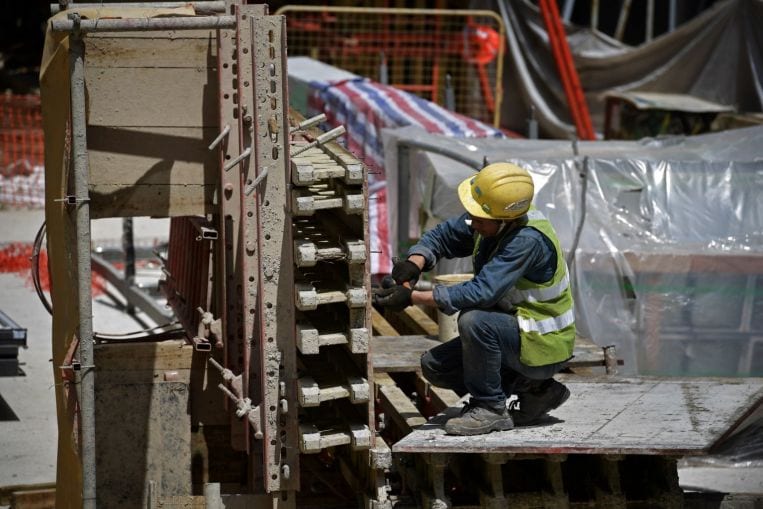 The building and construction sector has guaranteed that there will be “no let-up” in its efforts to promote safety after new figures showed a boost in deaths due to office accidents this year.

A Ministry of Manpower (MOM) representative informed The Straits Times that there were 13 office deaths in the building and construction sector from January to last month, up from 10 in the exact same duration in 2015.

The number of less severe injuries fell during those months.

Workplace injuries in the sector – both deadly and non-fatal – decreased to 1,648 throughout those months this year, from 1,751 last year.

Throughout all sectors, the variety of office deaths from January to November remained the very same for both years, at 36, the spokesman said.

There were an overall of 42 deadly workplace mishaps across all sectors in the entire of in 2015.

Singapore Specialists Association (Scal) president Kenneth Bathroom said that although security has actually enhanced in the building sector, it remains one of the poorer performers.

Variety of workplace deaths in the building sector from January to November this year, up from 10 in the very same period in 2015.

Number of office injuries – both fatal and non-fatal – in the building and construction sector from January to November this year, below 1,751 in the exact same period in 2015.

“We are disappointed at the increase (in deaths this year), having done well to halve the variety of fatalities from 2016 to 2017,” he stated, including that the association will continue to deal with companies, stakeholders and the Government to enhance the security record next year.

“There will be no let-up in our efforts to raise awareness, promote and inform the market through programmes and activities,” Mr Loo stated.

Scal strategies to organise timeouts – where business break from work to review safety practices – and site gos to, promote using safe building methods, and emphasise appropriate risk management and the function of top management in driving security efforts in organisations.

Market players stated the lower number of injuries might be due to higher awareness on the part of companies about the significance of security, as well as slower demand for building construction this year.

Singapore Institution of Safety Officers (Siso) executive committee member Mohd Ridzwan Mohammad stated he sees more effort from firms to present safety efforts such as security timeouts and sharing sessions, though he noted that not all minor injuries may be reported.

“However the increase in deaths could suggest some people are still taking routes in time or expense,” he stated.

Mr James Yuen, managing director of Singapore Engineering and Construction, said that public policy plays a function in shaping companies’ frame of minds, especially as public sector procurement makes up a huge share of the market.

For instance, evaluation criteria for public-sector tenders now put higher focus on quality – which includes safety. This modified price quality technique framework by the Building and Building and construction Authority worked on Jan 31.

Suggestions from industry gamers on boosting security levels consist of using geofencing innovation to raise an alert when workers remain in high-risk areas and motivating much better housekeeping and guidance.

CHH Building and construction System handling director Nelson Tee said his company has actually been using innovation in the type of virtual lines which set off an alarm and strobe lights to caution employees if they venture into out-of-bounds areas.

He added that the ratio of managers to employees ought to not be greater than 1:10, so that managers have the time to focus on safety.

Mr Mohd Ridzwan stated that if workers realise their work is unsafe, they should say something, “however they might miss things due to the fact that they are so focused on work, so managers have a key part to play”.

A monthly breakdown of the number of office deaths and injuries across all sectors over the past 4 years reveals a small dip in injuries in February, however no other seasonal patterns, said the MAMA spokesperson.

There are threats associated with the year-end joyful season, said Scal’s Mr Bathroom.

“Key workers and supervisors could be taking long leave, so there is a requirement to ensure that correct guidance is maintained. Employees might be sidetracked by the celebrations and lose focus and take security procedures for granted,” he said.

On the dip in injuries in February, Siso honorary president Seet Choh San said this is most likely due to the fact that work generally decreases throughout that season when many companies in manpower-reliant industries close, to permit staff to take extended leave over Chinese Brand-new Year.