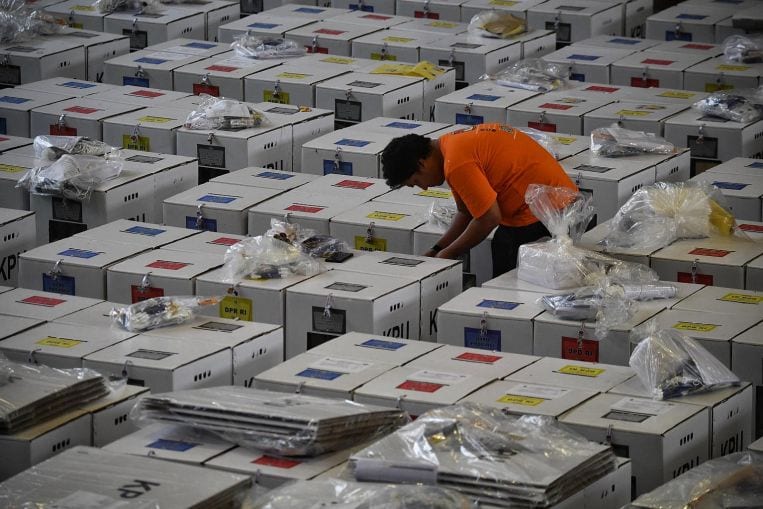 JAKARTA (DPA) – At least 287 polling station workers and 18 police officers have died mainly from exhaustion and illnesses associated with overwork after Indonesia’s elections this month, officials said on Monday (April 29).

The world’s fourth-largest country held the legislative and presidential elections in a single day for the first time on April 17, but the high death toll have prompted public calls for the polls to be held separately.

“So far, 287 election workers across the country have died and 2,095 have fallen ill,” said Mr Arief Priyo Susanto, spokesman for the General Election Commission.

“The main cause of the deaths is exhaustion and some accidents and illnesses caused by exhaustion,” he added.

The electoral commission said a total of 150 workers died from similar causes during the 2014 presidential and legislative elections, which were held three months apart.

More than seven million workers were involved in what many experts described as the world’s largest and most complicated single-day election, with voting and vote-counting conducted manually. Nearly 193 million Indonesians were eligible to vote, with the turnout estimated at 81 per cent.

Officials said holding the elections simultaneously was a cost-saving measure, but it has proved to be a massive logistical challenge to distribute ballot papers and ballot boxes across the far-flung archipelago.

National police spokesman Dedi Prasetyo said 18 officers also died from working long hours during the elections. The government has promised to provide compensation of up to 36 million rupiah (S$ 3,460) for surviving families.