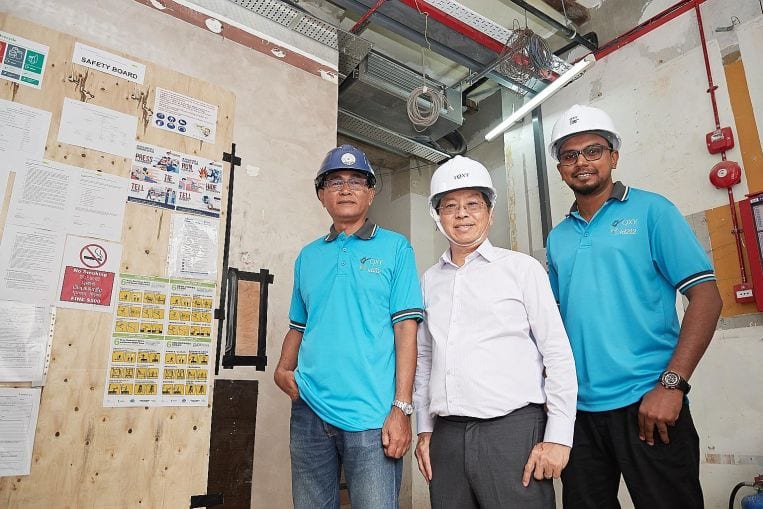 The Ministry of Manpower (MOM) is adopting a new method to boost workplace safety – by telling companies how they fare compared with others in their industry, motivating them to do better.

This brings a new dimension to the ministry’s surprise inspections, Manpower Minister Josephine Teo said at the opening of the biennial Singapore Workplace Safety and Health Conference at Suntec Singapore yesterday.

While MOM has been working to deter lapses via inspections, it may no longer need to inspect every single company all the time in future.

The new method, piloted over six months last year, was found to encourage firms to reassess safety practices in all their worksites, said Mrs Teo. She added that there are plans to expand the pilot, which involved about 180 construction companies.

As part of the pilot, the firms were sorted into four bands based on enforcement action they received over the past three years. These included stop-work orders, composition fines and notices of non-compliance.

The firms’ bosses were informed of their safety performance. But besides just identifying lapses, inspectors would point out root causes of safety issues and advise companies on how to take action.

Some problems that construction firms such as QXY Resources faced included sub-contractors inadvertently creating hazardous conditions at worksites, such as by removing a safety railing to do plastering work but failing to replace it later, said Mr Mohd Yazid Mohd Yasin, QXY’s head of safety.

The company was ranked “very poor” – the fourth and lowest band – at the start of the pilot, but has since achieved an “average” band, which is the second best.

“Since we received a poor rating, we have done more frequent inspections, on top of receiving site observations from safety coordinators,” said Mr Yazid.

The firm is also planning to introduce a point system to encourage workers to report errant behaviour.

Singapore had an average workplace fatal injury rate of 2.1 per 100,000 workers over the past decade, and achieved a record low rate of 1.2 last year, said Mrs Teo. But the aim is to cut and maintain this rate at less than one per 100,000 workers from this year to 2028.

To do so, there are three potential areas for improvement. One, the workplace safety performance of companies can be more transparent, so buyers of goods and services can compare it across firms when making procurement decisions.

Second, experts in safety and health can be trained to manage risks in both areas rather than specialising in either of them.

Third, technological advancements such as data analytics can be tapped to improve workplace safety.

Mrs Teo said: “Human capital is Singapore’s only resource, and we must aspire for our workplace safety and health standards to be among the best in the world.”