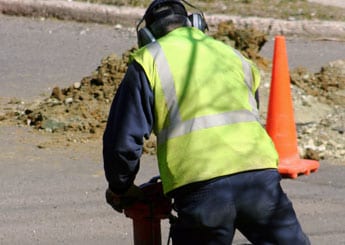 Aimed at workers who use vibrating tools or frequently strike, press or twist objects with the palms of their hands, the free pamphlet outlines syndrome warning signs and prevention.

Machinists, construction workers, miners, mechanics, forestry workers and farmers are most susceptible to the syndrome, which commonly is confused with hand-arm vibration and the hereditary Raynaud’s disease, according to a press release. Workers who use electrical or pneumatic vibrating tools, brush cutters/trimmers, milling machines, grinding machines, jackhammers, impact wrenches, pliers and presses also may be vulnerable to HHS, the release states.

The pamphlet identifies the following as symptoms of HHS:

“Workers should be vigilant and they should not wait before consulting a physician to avoid severe complications,” pamphlet author Alice Turcot, of the Institut national de santé publique du Quebec, said in the release. “To prevent the syndrome, workers should, first and foremost, not use their hand as a hammer, and they should not grip tools such as impact wrenches, pliers, scissors and even vehicle gearshifts too tightly.”