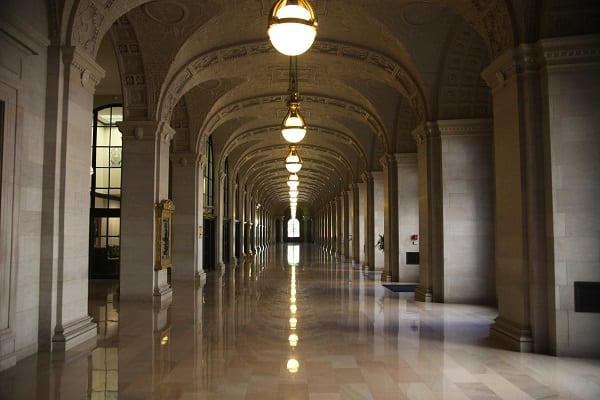 A long-running back-and-forth battle between the letter and intent of workplace safety regulations recently added another voice to the choir in a ruling by the U.S. Court of Appeals for the 5th Circuit.

The court ruled the Occupational Safety and Health Administration has the power and authority to cite general contractors for hazardous workplace violations even if the conditions on a job site only affect subcontractor workers and not the GC’s own workforce.

This is the latest of many rulings that undercut the circuit’s 1981 decision in Melerine v. Avondale Shipyards, Inc., which held, in part, “OSHA regulations protect only an employer’s own employees.”

Last year, an administrative law judge with the Occupational Safety and Health Review Commission’s Denver regional office used Melerine as the deciding factor in ruling Hensel Phelps Construction Co. was not liable for jobsite violations by one of its contractors, a decision that was appealed by the U.S. Department of Labor.

The 5th Circuit ruling, however, considered a later result arising from Chevron USA, Inc. v. Natural Resources Defense Council, Inc., in which the U.S. Supreme Court ruled courts should hold an agency’s interpretation of its own statutes as the standard if the interpretation is reasonable and has not been clearly addressed by Congress. Several rulings since the Chevron decision have undercut the foundation of Melerine.

The Facts of the Case

According to the 5th Circuit ruling in the Hensel Phelps case, the parties agreed to the following facts:

The ruling states, “OSHA issued its citation against Hensel Phelps pursuant to its multi-employer citation policy. Under this policy, an employer who causes a hazardous condition (a “creating employer”) or a general contractor or other employer having control over a worksite who should have detected and prevented a violation through the reasonable exercise of its supervisory authority (a “controlling employer”) may be cited for a violation, whether or not its own employees were exposed to the hazard.”

Hensel Phelps disputed the citation under the Melerine guidelines, and the administrative law judge considering the case approved.

However, in the appeal brought by the Department of Labor, the department asked the court to consider the Chevron  decision, which came after Melerine, and decide whether it “has the authority — under either the Occupational Safety and Health Act… or Occupational Safety and Health Administration regulations — to issue a citation to a general contractor at a multi-employer construction worksite who controls a hazardous condition at that worksite, even if the condition affects another employer’s employees.”

Two parts of the federal act were under consideration. The first, subsection (a)(1) under the act, requires employers to provide each of their employees a safe workplace. Under Melerine, this would apply strictly to the contractor’s direct employees.

However, the second, subsection (a)(2) section requires employers to comply with occupational safety and health standards, which, as noted above, would hold the GC liable for violations on a multi-employer job site.

Among the many citations the 5th Circuit made in determining its finding, it said, “We can surmise, then, that Congress perhaps intended to include the limiting language in subsection (a)(1) and, by excluding that language from subsection (a)(2), perhaps left open the possibility that an employer could be cited for a violation at a worksite he controls but that is also populated by employees of various other employers.”

The court directly cited seven individual cases that have come after Melerine was implemented to support its conclusion.

Messages left at Hensel Phelps’ headquarters were not returned by press time; so we don’t know whether they will appeal the ruling any farther.

In most cases like this, however — where different circuits and jurisdictions have different rulings, precedents and interpretations — the trend is to not push findings up to the next level or to the Supreme Court.

If the Supreme Court were to rule definitively and in favor of the Department of Labor and state GCs are universally liable for hazardous workplace conditions that only affect subcontractor employees, it would create a consistent standard and enforceable precedent on jobsites around the country, and there would be no room for interpretation or discretion by jurisdiction moving forward, which could have ripple effects far beyond those of any single case.