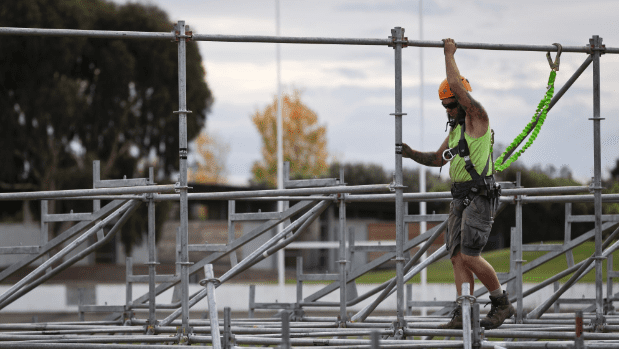 Businesses are reaping the benefits from changes to workplace health and safety legislation.

One year on from changes to workplace health and safety legislation, a Nelson compliance expert says the region’s businesses and employees are reaping the benefits.

The bill is part of the package of changes that have been introduced following the Pike River tragedy and subsequent reviews which observed a poor health and safety record in New Zealand.

According to Worksafe NZ figures, 316 people died in New Zealand workplace incidents reported between 2011 and May 25, 2017 – an average of 45 annually.

The worst year during that period was 2013 when 57 people died.

So far in 2017, 22 fatalities have occurred, with Waikato (4) Canterbury, Gisborne and Northland (3 each) the main regions impacted.

No deaths have occurred at a Nelson or Tasman workplace this year, although 12 deaths were reported between 2011 and 2016 .

According to Worksafe’s Towards 2020 document, NZ was making positive progress towards the target reductions for fatal and serious non-fatal injury.

Work-related injuries resulting in more than a week away from work are currently sitting above the 2020 target of 8.4 at 11.9 per 1000 fulltime equivalent employees.

Despite some progress, WorkSafe estimate data suggested that New Zealand’s fatal injury rate remained higher in comparison to Australia and the United Kingdom.

Nelson-based health and safety consultant Peter Fisher has been involved with workplace compliance for more than 40 years, both independently and with the Department of Labour.

Fisher said the current legislation was “sitting where it should be”, although some improvements could be made towards having clearer definitions around  serious harm in some areas.

“There’s still a lot of fields out there that don’t have a lot of guidance as to how things should be done safely.

“Also, the legislators need to ensure their staff have adequate knowledge – it is a big concern that a lot of staff aren’t that experienced in a lot of issues.”

He had noted a significant uptake on health and safety compliance from companies in the last five years and especially since the new act came in.

“When I first started there was about three others in the area, but now there must be a dozen or more, and a lot of larger companies are now employing their own health and safety officers.

“There’s been a large focus by larger companies who are ensuring subcontractors are compliant – it’s saving money on what could cost them in a court case or people being off crook.”

A worker is defined as a person who carries out work in any capacity for a PCBU.

“If that contactor employs a subcontractor, they’ve still got that onus to ensure that the work can be done safely and they’ve got to monitor it , so there’s an ongoing commitment for companies to ensure things are being done right,” Fisher said.

“Under the new act they’ve got to ensure the work’s being undertaken safely, doesn’t matter who’s doing it.”

A WorkSafe spokesperson said while the law changes had brought about a culture change in people’s approach to health and safety, the focus remained on ensuring everybody who goes to work went home healthy and safe.

Surveys had reported three out of four businesses had made changes to workplace practices after interactions with WorkSafe, and two out of three had used WorkSafe’s health and safety guidance.

This was reflected in Worksafe’s dealings with Nelson and Tasman businesses, particularly in the construction and agriculture sectors.

There had been a concern about a decrease in understanding the requirements for compliant scaffolding in Nelson, which was addressed through workshops with local industry to ensure requirements were understood.