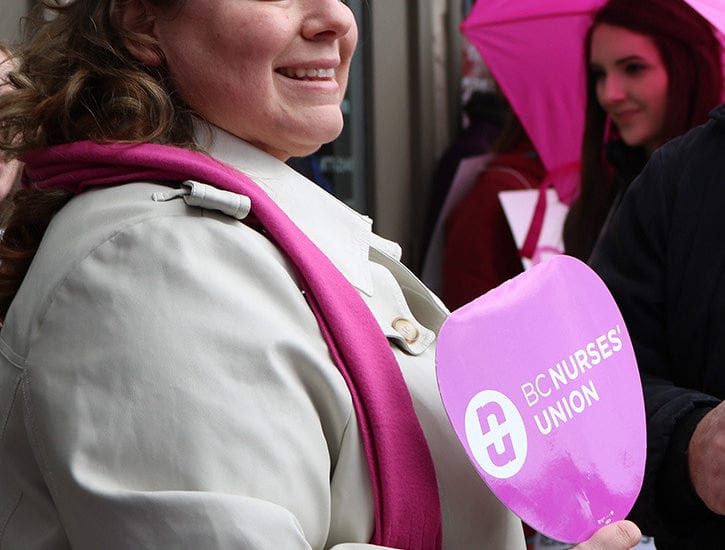 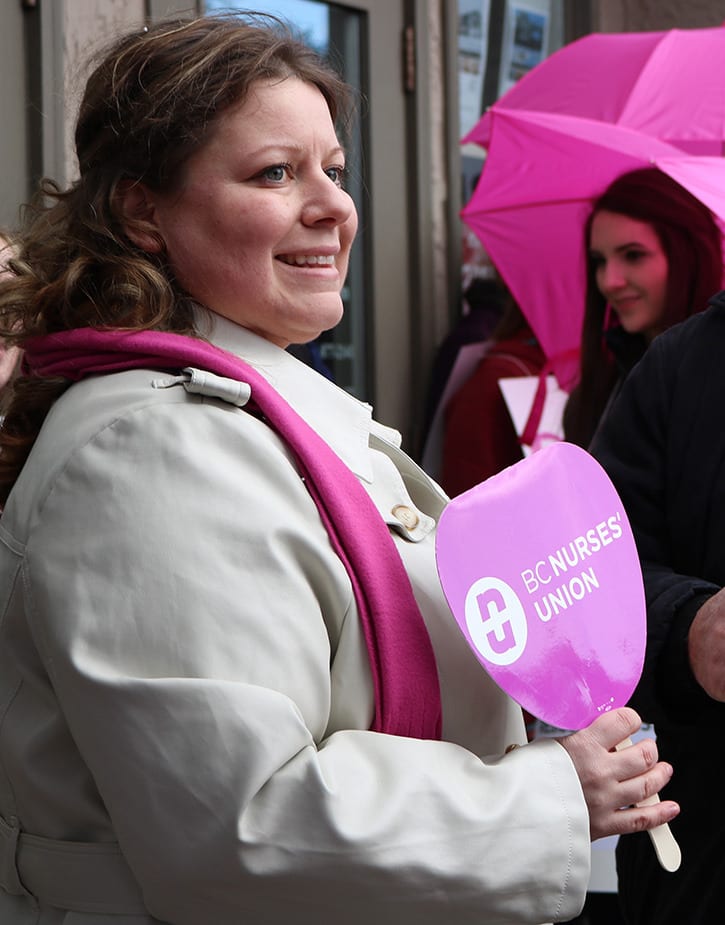 TERRACE BC Nurses’ Union official Teri Forster was at a rally in Smithers March 23 to highlight the need for workplace safety in health care facilities.

NURSES from Terrace joined with others from around the northwest at a March 23 rally in Smithers to highlight the need for more safety on the job for themselves and other health care workers.

The rally, held in front of Stikine NDP MLA Doug Donaldson’s office, is part of a province-wide campaign to place safety officers at hospitals and other health care facilities when needed.

“You deserve to feel supported and listened to when you advocate for better health care and your patients,” said Christine Sorensen, vice president of the BC Nurses’ Union, at the rally.

Nurses are citing WorkSafeBC’s 2015 annual report indicating that the overall injury rate due to workplace violence has increased over 50 per cent since 2006.

“That’s one nurse almost every day experiencing a violent injury at work in the province,” said Sorensen.

Many nurses and other health care workers suffer from post-traumatic stress due to incidents on the job.

Northwestern nurses are particularly concerned about the potential for violent incidents in hospital emergency rooms.There is no safety officer on duty at the hospital in Prince Rupert for instance, while Mills Memorial Hospital in Terrace does have a private security person in the ER on weekend nights.

The next step is asking the community to support the union’s request for nurses safety in the north, said Sorensen.

“With that we need to ask those people who are going to be elected, who are asking to be re-elected, to step up and ensure that healthcare is appropriately staffed and that there are laws in place to protect the nurse,” she said.

Another BC Nurses’ Union official, Teri Forster from Terrace, asked Skeena NDP MLA candidate Bruce Bidgood, who was at the rally, to sign a pledge to advocate for a violence-free health care facility workplace.

Speaking afterward, Forster said she would also approach B.C. Liberal candidate for the Skeena, Ellis Ross, to sign the pledge.

With files from The Interior News, Smithers, B.C.