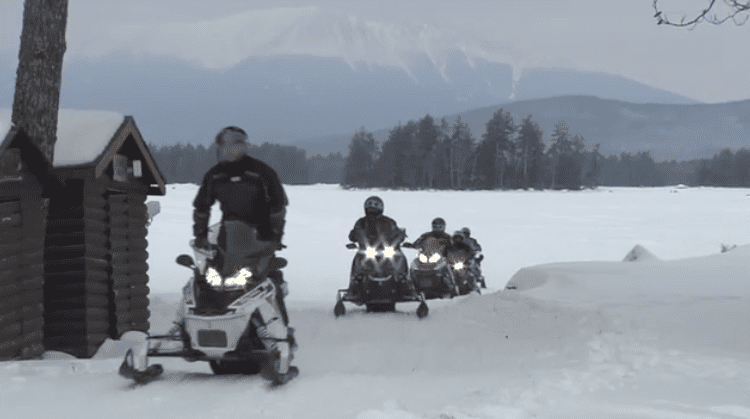 AUGUSTA, Maine (WABI) Several organizations got together Thursday to kick off this year’s Snowmobile Safety Campaign.

The Maine Warden Service, Maine Snowmobile Association, and the Maine Department of Agriculture, Conservation, and Forestry held a press conference in Augusta to remind people to stay safe on the trails.

“Maine is regarded as one of the premiere snowmobiling destinations in the United States,” said Bob Meyers, executive director of the Maine Snowmobile Association. “Every year we have over 80,000 people out on the trails, having a great winter enjoying themselves, and getting out in our beautiful state.”

But officials want riders to remember to be stay safe on the trails.

Last season there were six fatal snowmobile crashes in Maine.

“What we see from a law enforcement perspective is the speed and the alcohol combination, it’s driving beyond the effectiveness of your headlights, basically driving so fast at night that you can’t see in time to react to something in the trail, a turn, or whatever it might be,” said Game Warden Corporal John MacDonald.

They also advise to bring essentials with you, tell someone where you’re going, and drive within your limits.

“They’re fast machines,” said Cpl. MacDonald. “They’re comfortable machines. And I think it can give people the false feeling that I can handle this at a high rate of speed when in fact your reaction time is limited and that’s causing some problems.”

Officials said that most of the time you’re on other people’s property, so be aware of that.

“Think out when you’re out there — respect that landowner,” said Joe Higgins, the supervisor of the Off-Road Recreational Vehicle Program at the Department of Agriculture, Conservation, and Forestry. “95% of the trails in the state of Maine are on private landowners. You want to make sure you treat that with respect, and then we’ll have those trails for many more years to come.”

If you’re wondering about ice depth on certain bodies of water, you’re suggested to check with your local snowmobile club.