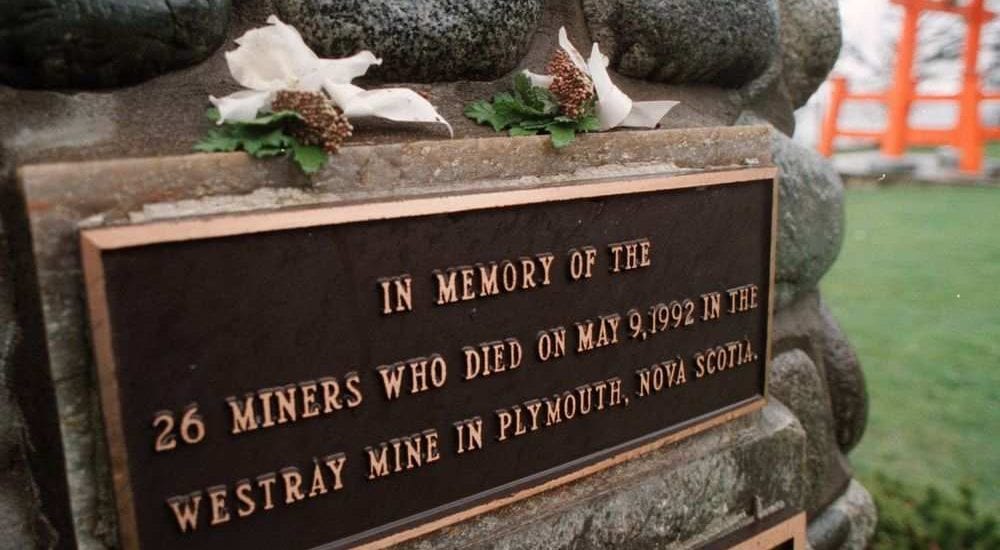 On May 9, 1992, a community in Nova Scotia was shattered when an explosion at the Westray Mine killed 26 coal miners working underground. This horrifying disaster remains etched in our minds, as we approach its 25th anniversary.

Every year on April 28, flags on Parliament Hill fly at half-mast as workers across the country mark the National Day of Mourning, a day of remembrance for those who have been killed, injured or made sick on the job.

This year, workers, unions and families of those killed or injured on the job are reflecting on Westray and uniting to call on the federal government to honour the miners’ memory by doing more to enforce the law that is their legacy.

After the explosion, an inquiry determined the cause was a fatal build up of methane gas and coal dust. Justice K. Peter Richard found management responsible for “a complex mosaic of actions, omissions, mistakes, incompetence, apathy, cynicism, stupidity, and neglect”. But despite years of police investigations and public inquiry, no one was ultimately held responsible for the 26 miners’ deaths.

The miners’ deaths, however, were not in vain. Years of determined lobbying by their families and their union — the United Steelworkers — won changes to the Criminal Code that finally made it possible to prosecute corporate criminal negligence that puts too many workers at risk.

The problem now is getting that law enforced. Twenty five years after the Westray Mine disaster, and 13 years after those laws came into effect, far too many workplace fatalities are still never properly investigated, and only a handful have resulted in criminal charges. Families are left wondering whether they will ever see justice.

Approximately 1,000 workers are killed on the job in Canada every year and thousands more are seriously injured. While not every death or serious injury is a result of employer negligence, families of fallen workers deserve to know that if there is the possibility of corporate criminal negligence, it will be fully investigated.

That plan can also make sure that regulators, police and Crown attorneys are coordinating. We need to know that health and safety regulators will reach out to police when Westray charges might be warranted.

The federal government has a responsibility to get its own house in order too. That means training its own health and safety officers to view every workplace fatality under federal jurisdiction as a potential crime scene. That includes coordinating with police in their investigations. It also means ensuring the RCMP is trained and directed to consider the possibility of criminal negligence whenever a worker is killed or seriously injured on the job.

We need the federal government to act now to ensure employers who cut corners on workplace health and safety know that workers’ lives are not the cost of doing business. When criminal negligence results in a worker’s death, it must not be treated as an accident, but as a crime.

Hassan Yussuff is president of the Canadian Labour Congress.

CLICK HERE to report a typo.
Is there more to this story? We’d like to hear from you about this or any other stories you think we should know about. Emailvantips@postmedia.com.