Pot dispensary workers question what legal rights they have … 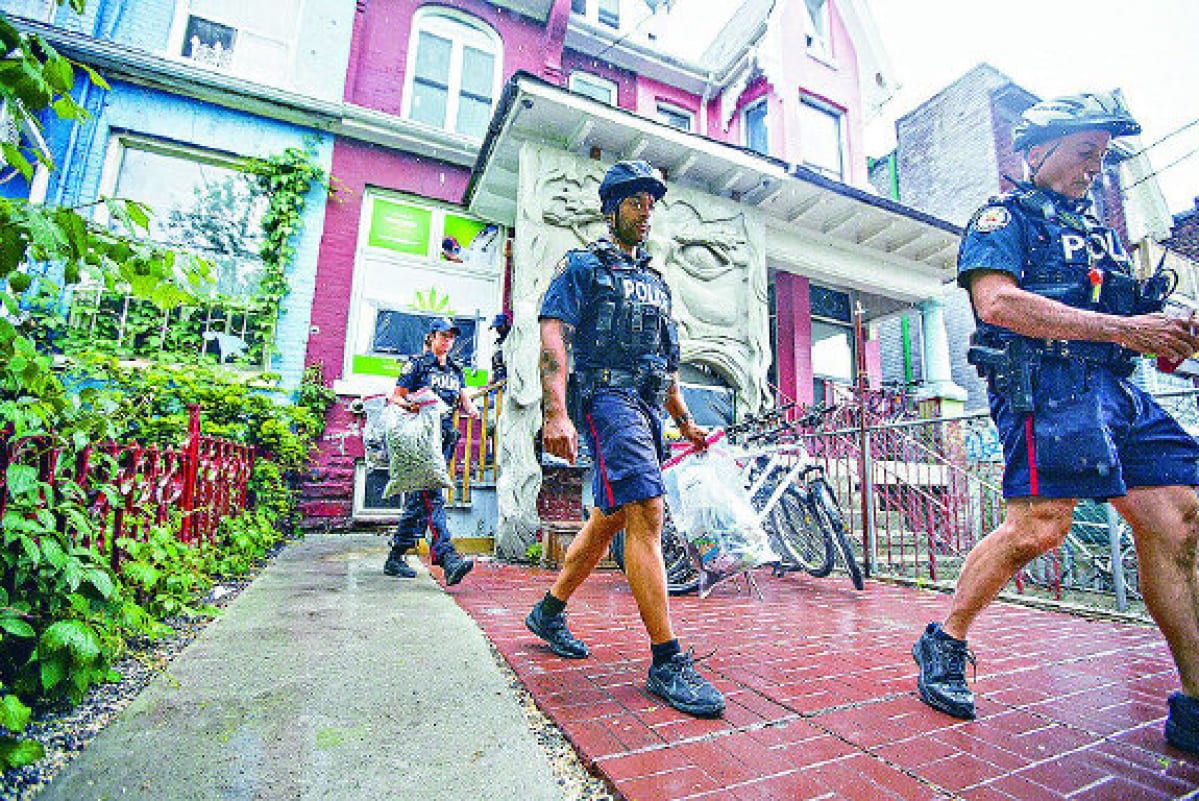 Sarah has no illusions about the pot dispensary that employs her.

Sarah, who asked for her name to be changed for fear of being fired, is a self-described “bud-tender,” a $ 13-per-hour shift worker on the front lines of Toronto’s illegal marijuana industry.

The job was an easy paycheque when she badly needed one. After months behind the counter at Canna Clinic in Kensington Market, Sarah has amassed a litany of complaints, from sexual harassment by customers to fears of police raids and armed robberies.

But the unlawful nature of the dispensary business has Sarah wondering what her workplace rights are and what recourse, if any, is available to her when management lets her down.

Its website described the company as “Canada’s leading provider of medical cannabis products and accessories.”

Canna Clinic is not, however, one of the 38 marijuana producers licensed by Health Canada. Nor are any of Toronto’s other storefront pot sellers.

“Licensed producers distribute medical marijuana by mail to authorized users,” Tammy Robinson, spokesperson for the City of Toronto’s licensing and standards division told the Star in 2016. “Storefront distribution of medical marijuana is illegal and not permitted.”

Trudeau and law enforcement have maintained, however, that until new legislation is in place, existing prohibition laws are to be upheld.

Toronto police raided dozens of shops, and laid over 180 charges, as part of its dispensary crackdown in May 2016.

Since then, police say, officers have raided one dispensary per week, on average.

Meanwhile, there have been at least 13 robberies of Toronto dispensaries since June 2016.

On various occasions, staff and customers were threatened with a knife, held at gunpoint, even assaulted by the robbers.

Lisa, whose name has been changed at her request, said she has to put thoughts of robberies and raids out of her mind, otherwise she would be unable to work at the dispensary.

Lisa and Sarah both say managers are reluctant to talk about either possibility.

“They don’t want to discuss it with us,” said Lisa. “The last (Toronto) dispensary robbery that happened, I’m the one who found out about it online … I was the one that alerted everyone on staff.”

“I’ve had a lot of men come in and say really rude things to me,” Sarah said.

“You know (managers) don’t have your back. If something happens, customers don’t get banned, they’re allowed to come in again.”

On top of all that, Sarah said, she was promised a raise after three months, but never received it.

In a letter to the Star, a lawyer for Canna Clinic called Sarah and Lisa’s claims “malicious and defamatory,” and said the dispensary treats its employees “well and professionally.”

“My client takes sexual harassment allegations very seriously and has procedures in place to address any such allegations,” wrote B.C. attorney Kirk Tousaw. “My client denies that any have been made.”

Tousaw went on to say that Canna Clinic management has an “open door policy” for staff to discuss raids and robberies, has security at all its locations and had installed panic buttons in its stores.

Further, he wrote, raises are given to Canna Clinic employees based on longevity and performance.

“When a Ministry of Labour Health and Safety inspector conducts an investigation, the focus is on the possible hazard and the health and safety of workers in the workplace, not whether or not the company is licensed,” Deline said in an email.

Ontario’s Occupational Health and Safety Act grants workers the right to know about workplace hazards, refuse unsafe work and participate in the addressing of workplace health and safety issues, she added.