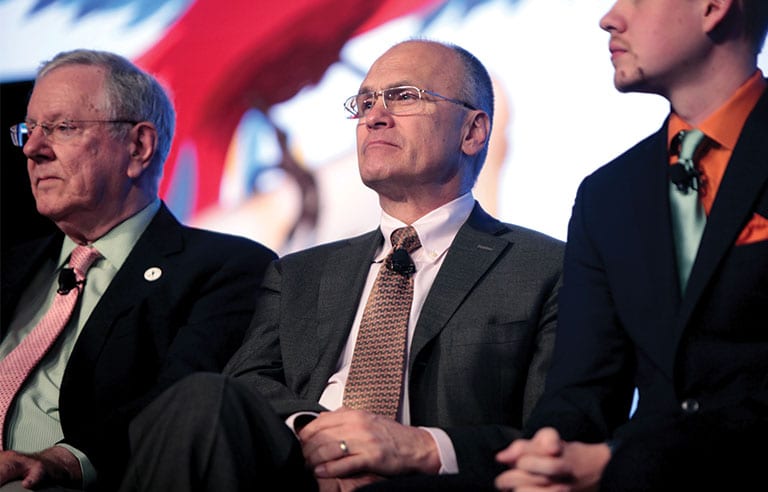 Washington – Andrew Puzder has withdrawn his name from consideration to be the next secretary of labor, according to numerous media reports.

Puzder pulled out of the running one day before the Senate was scheduled to vote on his nomination. He did not provide a reason for withdrawing his nomination, but he said he was “honored to have been considered by President Donald Trump to lead the Department of Labor and put America’s workers and businesses back on a path to sustainable prosperity” in a statement provided to the Associated Press.

In December, Trump described Puzder as an effective nominee because of his ability to help workers and small-business owners. Puzder is the chief executive of CKE Restaurants Holdings, the parent company of Carl’s Jr., Hardee’s and other regional fast-food chains.