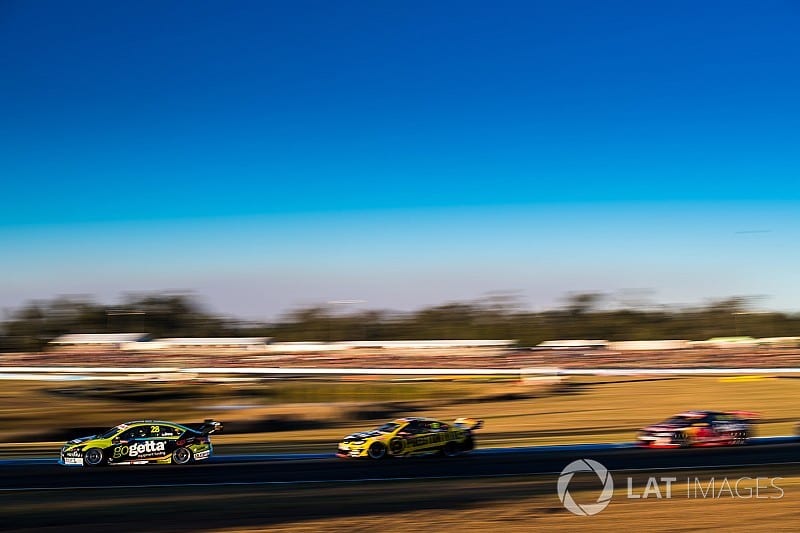 A double fatality during a public race meeting at Queensland Raceway over the weekend has led to questions over safety procedures.

Kurt Bull (32) and Daniel King (41) were killed when their car hit a wall and burst into flames during the Roll Racing drag meeting at the Ipswich circuit on Saturday morning.

According to an ABC News report, two of the first responders to the crash site have since taken to social media to condemn the safety procedures put in place by the circuit.

“Not only did they run out or [sic] fire extinguishers which hampered us pulling them from the wreckage, but their first aid knowledge was lacking in a trauma aspect and their equipment also.

“They could not provide me with a non rebreather mask!”

Saurine’s friend Anna Mason added: “The fact Tom ran over, got the two men from the cars and had started working on them, organised people to jump in and help before officials got there was shocking.”

Queensland Raceway officials have quashed the claims of a sluggish response from emergency crews, with a statement of its own issued in the wake of the tragedy.

“The following information is only the observations made at the time and need to be treated with some doubt until there are official reports from the QPS Forensic Crash Unit and the Workplace Health and Safety investigations.

“From observations and reports to my staff it would appear the car had a jammed throttle and the brakes were unable to slow the car down before it left the track at Turn 1. Brake lights were clearly seen and there are reports of the rotors glowing in the dark.

“After leaving the track the car powered through to the back wall where it hit the airfence at an acute angle as the driver tried to get the car around the corner. The car then skidded along the face of the concrete wall until it climbed up the wall and rolled over.

“The car suffered significant damage to the roof and both sides. Both front and rear number plates were undamaged which may be the reason the air bags did not deploy. The car rolled back onto its wheels and a fire erupted from the engine compartment probably from oil hitting the exhaust manifolds which quickly spread to the interior of the car.

“Three paramedics were at the car within thirty seconds and both of the occupants were extricated from the car with no burns injuries. The fire crew arrived shortly afterwards and discharged 90 kilograms of Powder and 18 kilograms of F500 liquid into the engine bay and the interior of the vehicle. This occurred after the driver and passenger had been extricated.

“This is not the place to surmise as to what caused their passing, other than to say the impact was very severe.

“All of the QR crew that were involved will receive counselling to assist them through this horrible event in their lives. Likewise our hearts go out to the families and friends of the two men involved – many of whom were at the track to watch the show. What they are suffering today deserves everyone’s respect and condolences.”