Revealed: The region's most dangerous jobs 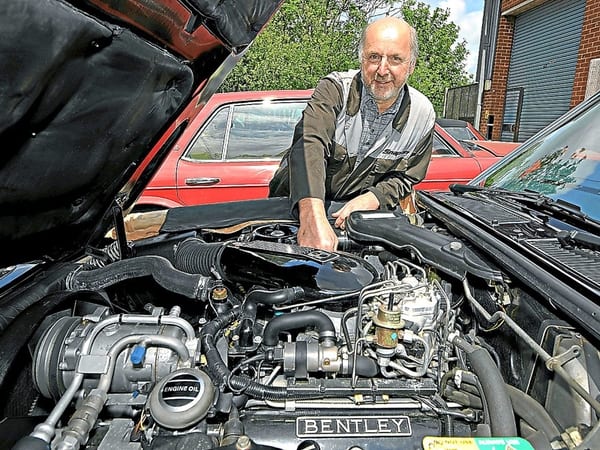 When the majority of us go to work, the least we have to worry about is getting there on time and meeting targets.

But for others, it’s not just a case of heading to the office and sitting behind a desk.

In the West Midlands, figures show that the most injuries take place in agriculture, construction and manufacturing.

But workers can face danger in all manner of tasks such as taking to the road in a HGV, climbing up the side of high-rise sky-scraper to clean the windows or courageously battling fires across the region to save lives.

Across the West Midlands, figures collated by the Health and Safety Executive show that between 2011 and 2016, 67 fatal injuries occurred in the workplace.

Meanwhile in 2015/16, a total of 7,019 people reported non-fatal injuries in the workplace in the region.

This included 2,585 across the Black Country and Birmingham, 1,420 in Staffordshire and 652 in Shropshire.

The HSE reported 559 non-fatal injuries in the manufacturing industry in 2015/16 across Staffordshire and the Black Country, as well as 98 in construction.

Following the release of the statistics Martin Temple, chair of the HSE said: “One death at work or life needlessly shortened, is one too many and behind every statistic lies a real story of loss and heartbreak and families left to grieve.

“Britain has one of the best health and safety systems in the world, but we should always be looking to improve and to prevent incidents that cost lives.

“This year HSE travelled the country asking industry representatives, employers, unions, workers and others what they could do to help GB work well.

“The response was hugely encouraging and I would like to ask people to deliver on the commitments made, that will help keep Britain’s workers alive.”

In the UK, the long term trend has seen the rate of fatalities more than halve over the last 20 years but the most recent figures (144) have increased from 142 in 2014/5.

The biggest killer nationally last year being in the construction industry – with 43 workers dying.

More than thirty million days were lost due to work-related illness and workplace injury (2015/16), with an estimated cost of £14.1 billion from injuries and ill health from current working conditions in the year previous.

The HSE is Britain’s national regulator for workplace health and safety and aims to reduce work-related death, injury and ill health.

Les Bramwell works on the roads in Staffordshire. He was assessing the roads as part of his day-to-day duties when he was struck by a car.

The 65-year-old, from Penkridge, was walking along the pavement after routinely assessing repairs to a pothole on the A50 near Stoke-on-Trent when he was struck by a car last April.

He broke his neck and leg in three different places. It was a miracle he wasn’t killed.

Since then, he has highlighted the dangers of working on the region’s roads.

“I want to highlight to people the dangers of our job,” he said.

“Something that should have been a routine task has had a serious impact on my life.

“That’s why it’s so important we educate motorists about the dangers of the work we do day in, day out.”

Over the past 10 years, Highways England have reported that workers have been injured by motorists on more than 50 occasions. Seventeen of those incidents involved workers on foot.

“I had to sleep downstairs for six months because I couldn’t go upstairs,” said Les.

“It’s been a massive strain on my family and I’ve had my confidence taken away.

“Everything has been turned upside down. Although my injuries mean I will spend at least a year in recovery, I could have been paralysed or worse, lost my life.”

Les was working for Highways England contractor Kier when the incident happened.

As he returned to his van, parked at a nearby petrol station, a car left the dual carriageway.

It mounted the pavement and ploughed into him from behind.

CCTV footage shows the car travelling behind an HGV, which slows down as a car in front turns into the petrol station.

At that point the vehicle behind the lorry can be seen mounting the pavement and hitting him.

Rod MacBean, who keeps Brockhurst Farm in Aston near Wem, Shropshire, says he is not surprised farming is rated as one of the most dangerous jobs in Britain.

“You are working with big machinery and big animals,” he says. “Several people have been attacked by bulls. You are also using big pieces of equipment which are very heavy and very powerful.”

Mr MacBean, who has been a full-time farmer for more than 20 years, says the pressures farmers have been under in recent years has also taken its toll, forcing them to work extremely long hours and use worn-out equipment.

“Due to the lack of money in the industry, a lot of machines are very poorly maintained, or should have been replaced several years ago,” he says.

Firefighter and director of response at Staffordshire Fire and Rescue Tim Hyde says years ago being a firefighter would have been one of the dangerous jobs in the country.

But thanks to huge improvements to equipment, protective clothing and breathing apparatus – along with learning from past operations – have shaped the techniques used which means its a much safer profession.

He said:“Fire and Rescue operations are often in dangerous environments which health and safety guidance would in normal circumstances require workers to avoid.

“We adopt the ‘safe person concept’ whereby firefighters are given the training, knowledge and protective equipment.”

Jim Rushton says too many vehicles on the roads, an increase in the number of drivers from less-developed countries and the fear of stowaways while waiting for ferries makes being a lorry driver one of the most difficult jobs around.

“It’s very dangerous,” says the 62-year-old from Tweedale, Telford, who first became a lorry driver in 1974.

“It’s getting worse and worse every day. It’s quite difficult on the roads.”

He says overseas drivers operating in UK roads in recent years has increased sharply, and the standard of driving varies greatly.

“There are too many vehicles on the roads, that is the biggest danger,” he says.

“We also work long hours. We can now work 15 hours a day for three days, years ago we could only work for 12 hours, and our wages haven’t increased for years, they have been stagnant.” Mr Rushton discovered another dangerous side to the job when he tried to board a ferry in Calais last year – five illegal immigrants who tried to stowaway in his truck. “When you park up overnight over there, you wonder whether somebody will get in,” he says.

“And if you do catch them and go to get them out, you don’t know what they might have in their pockets. I’m thinking knives.”

The dangerous nature of driving for a living was brought home to Callum Jackson three years ago when a concrete breeze block was hurled through the windscreen of his van as he travelled along one of Telford’s busiest roads.

Mr Jackson, who was 23 at the time, escaped injury when the block was hurled from the Stafford Road bridge over the A442.

“I was amazingly lucky really. It came in through the passenger side of the screen.”

Many of us suffer from acrophobia – more commonly known as being terrified of heights.

If climbing up the loft ladder is a step too far, imagine what its like abseiling hundreds of feet up the side of a building on a daily basis.

High-rise window cleaners take to the skies to get to those windows that cannot be reached with a step ladder and bucket.

From cleaning the metal dishes on the Bullring in Birmingham to scaling the heights of Wolverhampton University – it is certainly appears to be one of the most terrifying.

The skilled workers take precautionary tests to ensure their work is safe and secure at all times.

Statistics show that the motor industry is one of the most dangerous in Britain.

Figures from the Health and Safety Executive reveal 67 people suffered fatal injuries at work over a 10-year period up until 2012.

In 2012/13, eight people in the vehicle repair industry were killed, and 300 more suffered serious injuries.

The job can involve handling heavy equipment and the risk of flying objects catching the eyes are identified as some of the risks.

However, Chris Tate, who has worked in the industry for more than 40 years, and runs Vehicle Electrical Services in Essington, said: “I wouldn’t have said it was a dangerous job at all.

“I have never really had an accident.”