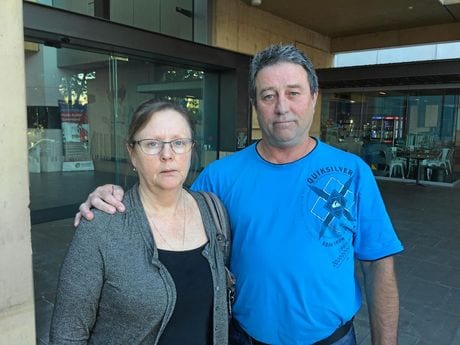 AN “embarrassing” state government health and safety breach in which at least six workers were exposed to asbestos at a Ripley job site has been labelled “incomprehensible”.

Union representatives went to the site in 2012 in which Department of Transport and Main Roads RoadTek workers were exposed to asbestos for four months before it was detected in the damaged bridge project.

The department was fined $ 175,000 in Ipswich Magistrates Court on Monday for the breach.

Construction, Forestry, Mining and Energy Union divisional branch secretary Michael Ravbar said the department was “handed a slap on the wrist fine for their failure to comply with their duty under the Workplace Health and Safety Act 2011”.

“Serious accidents and deaths will continue to occur while the Queensland Government sits on their hands and does nothing to deter employers from breaching workplace health and safety laws,” he said.

“In this case, the courts have once again failed the community by continuing with their long-term trend of awarding low, barely noticeable fines to those employers responsible for negligence at the workplace.

“It is incomprehensible that the lives of at least six workers and those of countless innocent community members have been compromised and the department liable has been handed a measly penalty of $ 175,000 out of a possible $ 1.5million.

He said the fine did little to deter others to comply with workplace health and safety laws.

“Instead, it shows that community and workers’ safety is not worth a lot,” Mr Ravbar said.

“The workers and families involved in this case will spend the rest of their lives wondering if they will develop an asbestos-related disease. Their lives will never be the same.”

Mr Ravbar called on workplace health and safety breach fines increased and courts encouraged to award maximum fines to any employer who puts their workers and the community at risk.

“The CFMEU is highly embarrassed by the lack of action by the Queensland Labor Government and calls on them to address these major issues.”

Gary McDonaugh, one of the workers exposed to asbestos at the site, said he did not receive any support and did not have his car or home cleaned after the exposure.

“It’s not good when you work for them for 19 years and this is the way you get treated,” Mr McDonaugh said.

“Nobody has ever come and approached me about it. They rang about my car, they said they could not fit me in so I did it myself. We’ve got grandchildren that have come to my house and travelled in my car. It’s always on my mind.”

He said he felt for his colleagues who were exposed to the same risks.

“The questions were asked before we were stopped working,” he said.

The Department of Transport and Main Roads did not respond to the claims in time for publication.