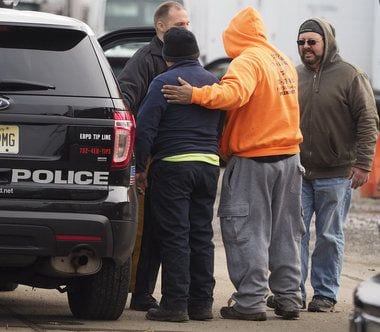 EAST BRUNSWICK — A township salvage yard was fined nearly more than $ 90,000 after a 22-year-old man was crushed to death in a cardboard compactor in December.

The United State Department of Labor cited Universal Processing, LLC, last week for 11 serious violations as a result of an investigation of the site following the accident.

The employee, who has since been identified as Alvaro Esteban, was clearing the jammed cardboard compactor at about 10:30 a.m. when the machine turned on, killing the Freehold resident, the investigation found.

Esteban was an employee of Universal Processing, LLC, which does business at the Edgeboro Road address in East Brunswick as Atlantic Sales & Salvage.

On June 7, the Occupational Safety and Health Administration issued an initial penalty of $ 93,240 for alleged safety violations.

Prior to the Dec. 8, 2016, incident, the site had no history of accident or safety violations at the facility, according to Joanna Hawkins, a spokeswoman for OSHA, the federal agency charged with enforcing workplace health and safety.

Universal Processing, LLC, could not be reached for comment, and a person who answered the phone at Atlantic Sales & Salvage declined to comment.

Have a tip? Tell us. nj.com/tips