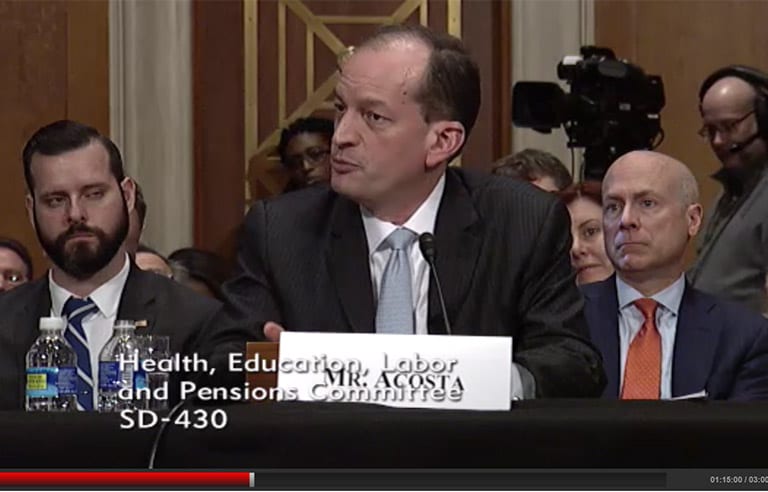 President Donald Trump nominated Acosta to lead the Department of Labor after his first nominee, Andrew Puzder, withdrew from consideration. Acosta served in the Department of Justice during President George W. Bush’s administration. He currently is dean of the law school at Florida International University.

Acosta emphasized the importance of worker safety during a March 22 hearing in front of the HELP Committee. He testified to committee members that “good jobs, safe jobs, should not be a partisan issue.”

“He’s been confirmed by the Senate three times – and I expect that we’ll confirm him a fourth,” Alexander said in a press release.

Sen. Patty Murray (D-WA), ranking member of the committee, said she would vote “no” on Acosta.

“I continue to have serious concerns, given Mr. Acosta’s professional history, about whether undue political pressure would impact decision-making at the Department should he be confirmed,” Murray said in a press release. “My concerns were only heightened at our hearing, when Mr. Acosta deferred to the President and refused to take a strong stand on critical issues including … advocating for investments in job training and other key priorities of the Department of Labor.”

The HELP Committee voted 12-11 to proceed with Acosta’s nomination. The decision fell along party lines, with all 12 Republicans giving the green light to Acosta and all 11 Democrats voting against advancing his nomination. At press time, a full Senate vote had not been scheduled.