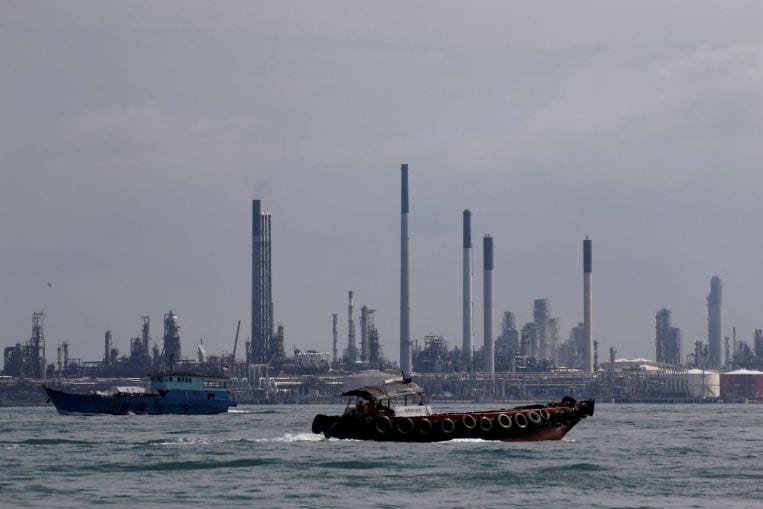 SINGAPORE – Oil huge Shell has been fined $400,000 for a health and safety breach that led to a fire at the Pulau Bukom petroleum refinery which left 6 employees with burns.

2 groups of workers were performing various jobs in close proximity, resulting in flammable vapours coming into contact with stimulates from a nearby blowtorch on Aug 21, 2015.

Two other Indian nationals, a Filipino and a Myanmar national also suffered burns. Nobody passed away in the occurrence.

On Tuesday (Jan 8), Shell Eastern Petroleum, which performs refinery works at the center, ended up being the 3rd business to be fined $400,000 for an offense under the Workplace Safety and Health Act, after pleading guilty last October.

The Straits Times comprehends this is the first case involving a significant risk setup – a place where big quantities of hazardous and combustible compounds are kept and/or utilized.

SMRT was fined $400,000 in February 2017 for security lapses leading to a mishap that killed two people near Pasir Ris station the previous year.

Jurong Shipyard was fined the exact same amount nine months later on over a 2012 occurrence in which an oil well tilted, hurting 89 individuals.

In the existing case, Ministry of Workforce (MOMMY) prosecutor Delvinder Singh told the court that Mr Saravarapu was using a blowtorch from an oxyacetylene cylinder to cut some pipes. Mr Jaswant Singh was assisting him.

Other employees, who carried out “cold works” were tasked with eliminating a joint connection to a valve. When among the employees opened the valve to start the draining process, flammable vapours entered contact with stimulates, causing the fire.

The MOM said on Tuesday that the blaze was included and snuffed out by the Bukom Emergency Reaction Team within thirty minutes.

The ministry added: “Examinations exposed that there was a systemic failure in Shell’s oversight to look for compatibility of various work activities carried out within the same area at the very same time.

“The hot works and cold works brought out by the two groups of workers in the very same area were not collaborated, hence producing a situation where flammable vapours created by the cold works were ignited by triggers from the hot works.”

Shell stated on Tuesday: “Given that the incident in August 2015, we have extended our complete cooperation to the pertinent authorities, gained from the event and carried out enhancements across our site.

“Shell has an objective no ambition to accomplish no harm and no leaks across all of our operations. We are committed to running properly and securely, triggering no harm to our staff and contractors. Incidents like this are inappropriate and we are devoted – at all levels of our organisation – to continually strive towards an incident-free office.”

In September 2011, more than 100 firefighters assisted to put out a fire that raved for 32 hours at the Pulau Bukom refinery.

Shell was fined $80,000 the list below year for lapses in work environment safety that caused the fire.